Gaetano Pentassuglia comments on the Ukrainian crisis in The Conversation 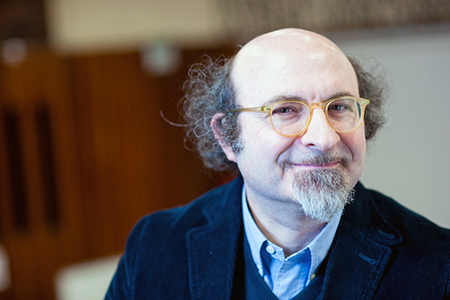 In a historic speech to both houses of the Russian parliament on 18 March in support of Russia’s annexation of Crimea, Vladimir Putin drew a bold comparison between the Crimean crisis and the recognition of Kosovo. In doing so, he raised crucial questions about the legality of ethnic and national self-determination – and about what exactly Russia considers Crimea’s interests to be.

Putin’s reading of the referendum held on 16 March seems to be that the vast majority of Crimeans evidently want to join Russia. No account is given of the many Crimean Tatars, Ukrainians and even ethnic Russians who voiced their opposition to the referendum and declared their intention to boycott it.

In a similar attempt to establish Crimea’s trajectory, Putin pointed to constitutional flaws in the transfer of Crimea from Russia back in 1954. But Russia’s disregard for treaty obligations to recognise Crimea as part of Ukraine, as well as for Ukraine’s territorial integrity more broadly, cannot be justified by recourse to alleged constitutional irregularities in the Soviet Union. Unsurprisingly, the UN General Assembly has strongly backed Ukraine’s international borders.

Putin sought to justify the absorption of Crimea as “national” self-determination, and did so by invoking the idea of “historical Russia”. He argued that since they constitute self-determination, the Crimean referendum and Russian takeover are in accordance with the Charter of the United Nations. Russia’s claim is said to reflect the same aspirations that were deemed acceptable for the Ukrainians in 1991 – and more recently, for the Kosovars.

How plausible is this? In legal terms, the collapse of the Soviet Union and Yugoslavia was generally seen as a process of “dissolution”. The former republics gained independence as a result of that process, not through distinctive acts of “ethnic” self-determination or even secession. And despite the recognition of Kosovo’s independence by a number of states (though by no means the whole international community), at no point have the “Kosovar Albanians”, or even the “people of Kosovo” been considered to have right to unilateral secession under international law.

The principle of “equal rights and self-determination of peoples” as embodied in the UN Charter initially took the form of independence within colonial or otherwise pre-defined boundaries, not for ethno-cultural communities. Similarly, in recent times, national and international adjudicators have shown considerable reluctance to accept claims to statehood based on the ethno-cultural makeup of the people or groups making them.

Tellingly, none of the most recent key international legal pronouncements on ethnic claims to statehood have granted the petitioning group their wish. “National minorities” have never been regarded as entitled to unilateral independence or secession. Rather, contemporary self-determination is understood as an all-encompassing process of participation and accommodation within the state, including remedial elements for identity-based groups. In this sense, there cannot be any “people of Crimea” for the legal purpose of secession – only groups within Crimea to be accommodated within a wider territorial unit. Declarations of independence are not internationally unlawful, but they cannot legitimately achieve secession from a state on their own.

Putin’s comparison with Kosovo is inappropriate for two reasons. It glosses over the ways the Kosovar Albanians were oppressed by the Milosevic regime, with a scale, longevity and intensity that is simply unseen in Crimea. Whether or not “remedial secession” for severely oppressed groups can be a concrete option under international law – a matter the International Court of Justice cautiously avoided in its advisory opinion on Kosovo – it is clear that Pristina’s assertion of independence back in 2008 garnered a moral legitimacy that does not apply to Russia’s intervention in Crimea.

Secondly, the United Nations administrated Kosovo for several years in an attempt to facilitate a lasting solution to its status, and the settlement proposed by UN mediator Martti Ahtisaari provided the basis for a negotiated agreement. For its part, the UN Security Council recognised Serbia’s territorial integrity, but did not rule out Kosovo’s independence either. Uncertainties remain over the status of Kosovo, mainly because of Serbia’s lack of recognition of Kosovo as a sovereign state.

But no UN-supervised process has ever been put in place in Crimea, and no negotiated solution has ever been attempted. Most glaringly, no serious (let alone widespread) “persecution” against ethnic Russians in Crimea has been revealed. The Russian-backed secessionist move has effectively bypassed the standard of constitutional arrangements with the rest of Ukraine (and within Crimea itself) as upheld by leading national and international law practice.

Some form of bilateral settlement between Kiev and Moscow will have to be found. This must allow for greater OSCE involvement on the ground and a framework for the protection of Russian minorities’ language rights, as well as protection for smaller groups such as the Crimean Tatars. Such an agreement might not change the reality of Russia’s control over Crimea in the short-term, but it would at least contribute to de-escalating tensions. It would also help clarify the international legal standard for self-determination and group protection – and help us to see Putin’s opportunistic exaggerations for what they are.