Electrochemical energy storage is one of the key technologies to enable the green energy generation and transport revolution. Renewable sources of energy such as solar and wind and are intermittent, therefore in order to store this energy to be used when required, long-life, reliable and high power batteries are essential. This is an enormous challenge to a technology that previously has been indispensable, on a much smaller scale, as an energy store for portable electronics (mobile phones, laptops etc.). Battery performance characteristics and cost need also to be vastly improved for electric vehicles in order to persuade the majority of us to part with our petrol driven vehicles.
Progress in the optimisation of electrochemical energy storage technologies is hampered by an absence of fundamental understanding of the reaction mechanisms involved in both the storage and side reactions. Our group’s experimental approach of advanced in situ (or operando) spectroscopy coupled with battery electrochemistry is revealing both the mechanism and order of chemical reactions, both favourable and unfavourable in these systems (Figure 1). This method will lead to the rational design of future advanced batteries.

In particular our research has focused upon metal-oxygen (M-O2) (also known as metal-air) battery chemistry. M-O2 cells generate electrical current when metal ions react with dissolved dioxygen at the cathode during discharge to form solid MxOy; the as formed reaction products can be oxidised during the charging cycle, therefore being rechargeable. M-O2 batteries theoretically have up to 10x more storable energy per mass than state of the art lithium-ion battery technology, therefore a breakthrough in this technology would offer an enormous step change. There are numerous challenges to overcome before M-O2 becomes a viable technology, chiefly finding a stable electrolyte to the reactive superoxide (O2-) intermediates that are formed during the discharge process. However, there are major gaps in scientific knowledge in the oxygen reduction and oxygen evolution mechanisms and the structure of the electrode/electrolyte interface in the non-aqueous solvent based electrolytes that are used in M-O2 cells.  Our research group has focused on the development of advanced spectro-electrochemical techniques that can follow these reactions at the interface.

Understanding the mechanistic details of the superoxide induced solvent degradation, is important in the development of stable electrolytes for Li-O2 batteries. Propylene carbonate (PC) decomposition on a model electrode surface was studied using in situ attenuated total reflectance surface enhanced infrared absorption spectroscopy (ATR-SEIRAS) (Figure 2). The sensitivity of the SEIRAS technique to the interfacial region allows investigation of subtle changes in the interface region during electrochemical reactions. Our SEIRAS study showed that the superoxide induced ring opening reaction of PC is determined by the electrolyte cation. Computational modelling of the proposed reaction pathway of superoxide with PC revealed a large difference in the activation energy barriers when Li+ was the counter-cation compared with tetraethylammonium, due to the coordination of Li+ to the carbonate functionality. While the degradation of cyclic organic carbonates during the Li-O2 battery discharge process is a well-established case, understanding these details are of significant importance toward a rational selection of the Li-O2 battery electrolytes; our group’s work signifies the use of SEIRAS technique in this direction.[2]

Another powerful technique, in which our group led the deployment, is in situ surface enhanced Raman spectroscopy (SERS). Due to localised surface plasmons on roughened gold electrodes, Raman scattering can be increased by a factor of 105-106, allowing detection of adsorbed surface species. We have used this most effectively in the sodium-oxygen cell system in which it was demonstrated that solvent donor number influences the reaction pathway (Figure 1).[1] Through careful electrochemical and spectroscopic evaluation we showed that high donor number solvents favour the formation of NaO2 and low donor number solvents leading to surface Na2O2 films. Work within the group involves the use of shell-isolated nanoparticles for enhanced Raman spectroscopy (SHINERS) (Figure 2).[3] Raman spectroscopy is an inherently weak technique, with only 1 in 10 million photons being inelastically scattered. The group continues to develop methods that allow SERS enhancement measurements to move away from Au to other substrates (carbons, metals and metal oxide substrates), such as (SHINERS) and apply to more complex systems. By covering the surface of an electrode in shell-isolated nanoparticles, we can obtain surface enhancements from the substrate and not from the SHIN. By utilising Au-SiO2 shell isolated nanoparticles as an alternative we can track the oxygen reduction reactions (ORR) taking place on a variety of electrode surfaces. We have directly detected ORR products on glassy carbon, gold, palladium and platinum electrode surfaces.

Fundamental studies of dioxygen electrochemistry commonly require conductive supporting salts, such as tetraalkylammonium (TAA), to sustain redox processes in nonaqueous electrolytes. Electrochemical analysis of the formation and oxidation of superoxide on planar electrodes has shown a decrease in reversibility and lowering of the oxygen reduction rate constant when TAA cation alkyl chain length is increased. Probing interfacial regions on Au using in situ surface enhanced Raman spectroscopy (SERS) provides evidence that this is caused by the changing adsorption characteristics of TAA cations under negative potentials. These effects are heightened with longer alkyl chain lengths, therefore reducing the reversibility of superoxide formation and dioxygen evolution. From these observations it can be established that shorter chain TAA cations while retaining necessary conductive support: (1) enhance reversibility and rate of superoxide formation and oxidation and (2) for in situ SERS, have lower preference for adsorption, thus improving experimental detection of superoxide at the Au electrode interface (Figure 3). 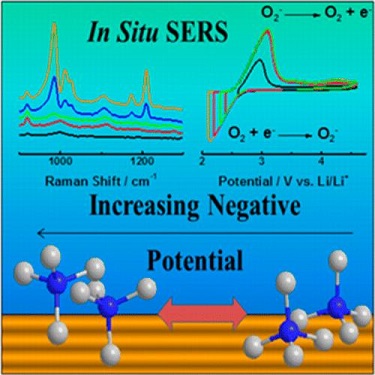 Figure 3: Reorientation of Tetra-Alkyl Ammonium Ions at the Electrode Interface at ORR.[4]

Electrochemical and In Situ Studies of Electrode Interfaces

Our group is also deeply active in spectroscopic research in the formation of electrode surface films in Li-ion cells were we made the first in situ observation of Raman bands pertaining to the growth of solid electrolyte interphase (SEI) products.[5] Raman bands assigned to poly(ethylene)oxide species and organic lithium alkyl carbonates from electrolyte side reactions are observed within a potential region that coincides with SEI layer formation. The detection of SEI compounds by conventional Raman spectroscopy may be the result of “temporary surface enhancement Raman effect” from Zn nanoparticles formed during the conversion reaction of ZnFe2O4 in a similar potential region as SEI formation. The discovery of this unusual in situ ‘surface’ and subsurface probe that can study the SEI could greatly benefit in unpicking the multifaceted mechanisms involved in SEI formation. Furthermore, this work could have significant impact and lead to wider utilisation of Raman spectroscopy to probe SEI formation on battery electrodes, which has previously proved elusive due to the weak signals from these layers.

Peled Model of the Solid Electrolyte Interphase: The solid electrolyte interphase is a complicated mixture of interfaces of inorganic and organic components created from reduction of electrolyte. It is electronically insulating, but ionic conducting, thus allowing the passage of Li+ ions. Its stability is crucial for the operation of the Li-ion battery.‌

Utilisation of Graphene-Enabled Materials in Batteries and Supercapacitors

Graphene is a one-atom-thick sheet of carbon atoms arranged in a honeycomb lattice. The exceptional physical properties of graphene have attracted enormous interest since its experimental isolation and initial characterisation in 2004, notably its intrinsically high surface area and its unique electronic properties, as manifested by its high conductivity. Amongst the myriad applications foreseen for this material, exploitation in electrochemical energy storage with supercapacitors or batteries ranks as one of the most prominent.

There are considerable challenges to be addressed en route to incorporating graphene into these energy storage devices, however, two specific problems, apparent in much of the vast body of recent work on graphene and energy storage, are:

We are actively collaborating with partners at the University of Manchester and at NTHU Taiwan to address these challenges.

Energy storage will become crucial for the smoothing out of supply and demand, allowing for a less centralised grid.‌

We are keenly researching battery materials, such as Li-ion (read more here) and Na/MCl2 (or ZEBRA) chemistries, for stationary energy storage applications.