Sir Brian, who was born in Liverpool, has had a distinguished career spanning almost 50 years. He is perhaps best known for chairing the public inquiry into the culture, practices and ethics of the British press, prompted by the News of the World phone hacking affair. 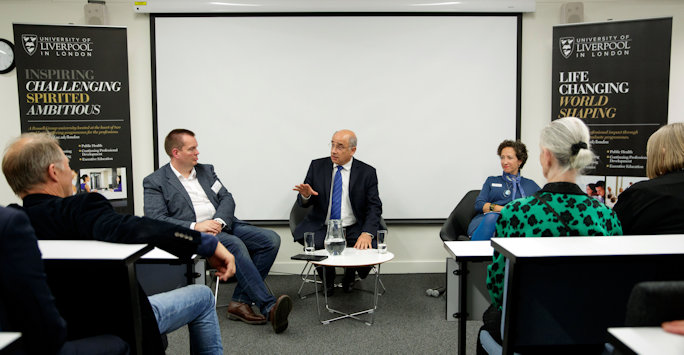 He is widely recognised for acting as lead prosecutor at the 1995 trial of Rosemary West and has appeared as a barrister in many of the biggest corporate trials at the end of the last century, including the cases of Barings and Polly Peck. As a judge, he has presided over high-profile cases such as the murder of teenager Anthony Walker.

At the event Sir Brian offered a unique insight into his life and career in the Law, sharing his career highlights and offering tips for graduates starting their legal careers. Following the talk alumni had the opportunity to network and build contacts with their fellow graduates.

View an album of photos from the evening.