Analysis of Roman Silver Coins, Augustus to Gallienus (27 BC - AD 260) 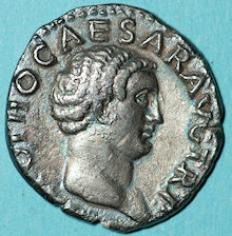 Silver coins formed the backbone of currency in the Roman Empire and are likely to have been the main media for long-distance monetary exchange. Imperial fiscal policies, financial problems and the responses to them can be detected through metallurgical analysis of imperial silver coinages. Roman emperors manipulated the silver content (fineness) of the coinage to solve short-term financial problems often caused by government overspending. For the most part, this manipulation involved the reduction of the silver content of the coinage – debasement - in conjunction with a drop in weight.

The research, led by Dr Matthew Ponting and Prof. Kevin Butcher of Warwick University, first received funding from The Leverhulme Trust in 2001, followed by AHRC funding from 2006-2009.   The first of a series of monographs is to be published by CUP at the end of 2014 and a further three years of funding has been awarded by the AHRC.