On this day in history: Julius Caesar assassination

Our Roman history expert, Fred Hirt, looks back on this pivotal moment in ancient history and the unusual way he was first introduced to Shakespeare's version of events.

"In the late 1980s our German teacher, Herr Baumgartner (frequently clad in creased jeans), thought it appropriate to have us read Shakespeare’s 'Julius Caesar'.

We did not read it in the original language, of course, but in the ‘Schlegel-Tiecksche Übersetzung’, a German translation about as faithful to the original as Florence Foster Jenkins singing Verdi.

Even more torturous was the 1953 silver-screen rendition of the Bard’s play we were made to watch. James Mason (Brutus), John Gielgud (Cassius) and Marlon Brando (Antony) were certainly great actors, but the film was dubbed in German!

Ever since I have been wondering what the true tragedy of Shakespeare’s play was: Brutus failing to prevent monarchic rule or us students suffering through stale lines of antiquated Teutonic rhymes. Oddly enough, Herr Baumgartner and Brutus shared the fate of not connecting with their audience. 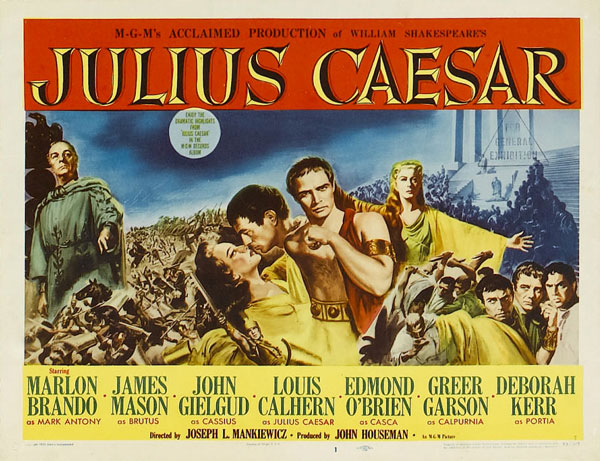 Brutus and his fellow assassins proved to be inept more generally. The conspiracy was nearly revealed to Caesar on his way to the senate assembly in Pompey’s Theatre on 15 March 44 BC.

And what should happen after the ‘tyrannicide’ was not well thought through at all. Brutus had planned to address the senators but the butchery of Rome’s leading man before their own eyes sent the senators fleeing the scene in panic.

Without an audience, Brutus and his co-conspirators took to the streets and marched to the Forum, still wearing their bloodied togas and waving their swords whilst proclaiming libertas and shouting that they had killed a ‘king’ and ‘tyrant’. Despite assurances to the contrary, the few people they encountered shied away from fear of harm.

Even worse, most Romans were partaking in the annual festivity of Anna Perenna, celebrated on the outskirts of Rome or on the banks of the river Tiber. The festival involved the drinking of large amounts of wine as it was thought that each cup prolonged one’s life. 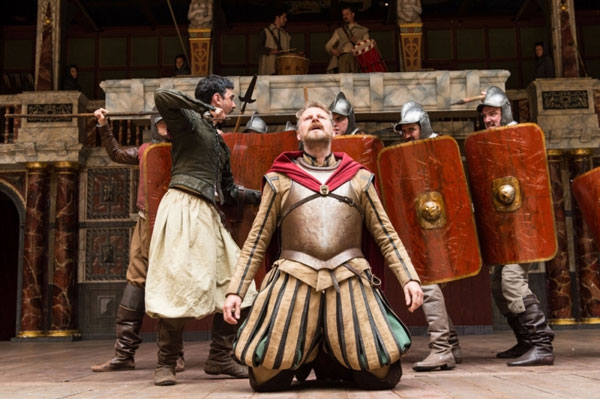 No surprise then that the streets were almost empty; no surprise that the inebriated crowd gathering on the Forum in light of the terrible news was not the most receptive; and no surprise the speeches of Brutus and Cassius did not resonate.

Whose liberty was at stake? What was a ‘tyrant’? Who was this mythical Brutus they were banging on about? This tragic-comic spectacle, together with the colossal failure to secure Caesar’s body and to prevent Antony from holding the funeral speech and reading out Caesar’s will three days later, led to Brutus losing the battle for public opinion.

Equally, Herr Baumgartner’s teaching techniques were not well received by us students and we didn't end up with a very favourable view of his classes.

Even so, reading Shakespeare in translation has left a lasting impression on me, even now as a lecturer in Roman history. It has shaped and coloured my imagination of the 'Ides of March' — though perhaps not quite in the way Herr Baumgartner intended."