Deep Roots: Day four of seven. Time to head out into the field

My first blog about preparing for the 'Deep Roots' research project looked at our initial work examining museum collections and locating key sites for excavation. This time, I'll be giving an insight into the ups and downs we encountered as we went out into the field...

With less than three days in Livingstone to go, an optimistic 'Deep Roots' team drove out of town in the Livingstone Museum vehicle.

The hunt was on for the sites that were to be the starting point for our project. I was glad to have the company and expertise of Maggie Katongo, Curator of Archaeology at Livingstone Museum, Richard Mbewe, Senior Archaeologist with National Heritage Conservation Commission and Dave Thomas, Professor of Geography, at the University of Oxford.

Maggie and Richard knew the local area and had good contacts at Livingstone’s National Parks and Wildlife office. Dave had visited in 2012, with his colleague Sallie Burrough, also hoping to find the locations Desmond had described. 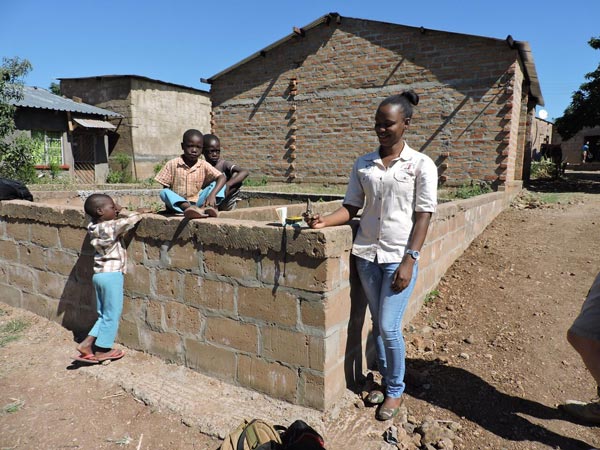 Maggie Katongo holding a Stone Age pick recovered from the foundations of the house.

A field archaeologist, especially one who has worked in remote rural settings in various African countries, is used to facing setbacks. Despite my many years of experience, though, I wasn’t prepared for the disappointments that followed.

The first key locality near the Maramba River had been completely destroyed by quarrying. The gravel extracted from the site was needed to meet local demand for new houses.

As we watched, people were hard at work, some of them women with babies on their backs, breaking stone with hammers, condemned by their sheer poverty to hard labour.

We shrugged, took deep breaths and moved on.

The next disappointment came in the form of an entire new suburban development. This completely covered a terrace of the Maramba where Desmond had excavated an important transitional sequence of technologies. 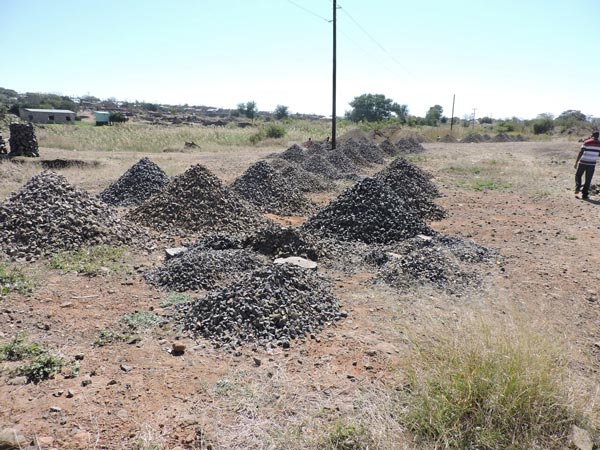 In a soon-to-be-filled rubbish pit we found a single artefact.

There was no scope at all for excavation.  Further down the track a pack of five snarling guard dogs kept us from exploring a patch of farm land that led to the river.

The day was drawing to a dismal close.

Where could we hope to find the material we needed to excavate if these sites were effectively lost?

By the time the tropical autumn night had fallen, we had concocted a plan to make the most of a bad situation.

Several large landholders along the Maramba – a golf course, a secondary school and a farm – had kindly given us permission to dig when we return in July.

We had one day remaining – and set out with low expectations.

The morning was fruitless and frustrating, but then, in the afternoon of that final day, we found the third site, the sand scarp with its outcrop of chalcedony – and artefacts.

That site, within the national park, surpassed all our expectations.  The deep chalcedony deposit was just as Desmond had described, with an abundance of sharp artefacts ready for future excavation.

We climbed up-slope, in the necessary company of an armed scout, recording artefact scatters eroding from the sands.

This site, with its 30m deposit, will take some time to investigate.  It’s a rare opportunity to document the Middle Stone Age record in detail, to date the sequence, unravel the climate history of the area and find out when and how these sands formed. 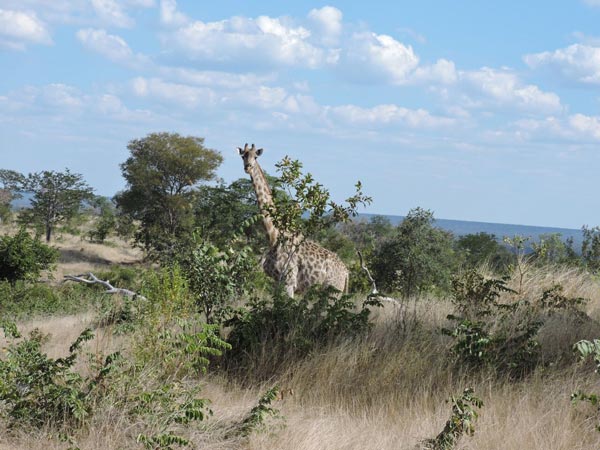 On our way back to the vehicle one more surprise lay in store. By a stream stood a defensive-looking white rhino mum with her calf.

I had forgotten how large these creatures are and my first reaction was to beat a hasty retreat, but our scout kept us and the rhinos calm as we took photos from a safe distance.

The wild nature of this place was in stark contrast with the barren landscape and rock-breakers just miles away.

We went back to Livingstone relieved, knowing we had found a few choice missing pieces of the jigsaw that Desmond had left us.

Now we’re all excited about the next phase, in July, when we'll be piecing together a picture, filling in the gaps those lost old pieces left, with new information.