Together with long-standing collaborators Professor David Taylor-Robinson and Professor Ben Barr at the University of Liverpool, she conducts pioneering research asking what can be done to address the shorter lives and earlier onset of disability among children and adults living in more disadvantaged circumstances.

Working with colleagues at Liverpool and across the world, her work spans four decades and takes in local, national and international research – influencing policies for the 53 countries of the European Region of the World Health Organisation. Whitehead was awarded a Damehood in the 2016 New Year Honours list for services to public health, and in particular the field of health inequalities.

“We look at what the causes of the causes are,” says Whitehead. “What is influencing people’s daily lives? What are the policies that local and national governments enact that enhance or damage health? It’s a way of enlightening people to the solutions.”

For example, most recently in June 2019 Whitehead and colleagues published a paper using longitudinal data from the Millennium Cohort Study, following up over 10,000 children born in the UK in the year 2000. Their analysis found that persistent poverty now affects one in five children in the UK. Any exposure to poverty was associated with worse physical and mental health outcomes. Crucially, policies that reduce child poverty and its consequences are likely to improve health in adolescence. This work prompted a parliamentary question, and official answer.

Impact on strategy and development

This impact is typical of the hard-hitting research that Whitehead has conducted over the years. Highlighting the positive as well as the negative, she published the first empirical evidence of the reduction of health inequalities between local areas as a result of the NHS Health Inequalities Resource Allocation Policy, which ran from 2000 to 2010. As well as influencing subsequent resource allocation policy in England, the importance of the work has been recognised by the WHO, and feeds into strategy development for countries across Europe.

It is not surprising that Whitehead and colleagues’ research has been central to major national and local reviews into the effects of social inequality, and catalysed action. For instance, their 2014 Due North report on health equity for the north of England made the case for local actions to reduce the negative impacts of central government welfare reforms (such as the Work Capability Assessment test for people with disabilities) and local government cuts. Every year since the launch of Due North, Public Health England has organised a national conference to promote actions stemming from the recommendations.

The foundation of Whitehead’s work is the ‘Dahlgren and Whitehead model of the Main Determinants of Health’, which is the most widely used model of its kind in the world used to demonstrate the many modifiable influences on health and how they interact. The model was chosen by the UK’s Economic and Social Research Council as one of the 50 key achievements over the past 50 years of social science research that is an “important work of research that have had a major impact on our lives.” 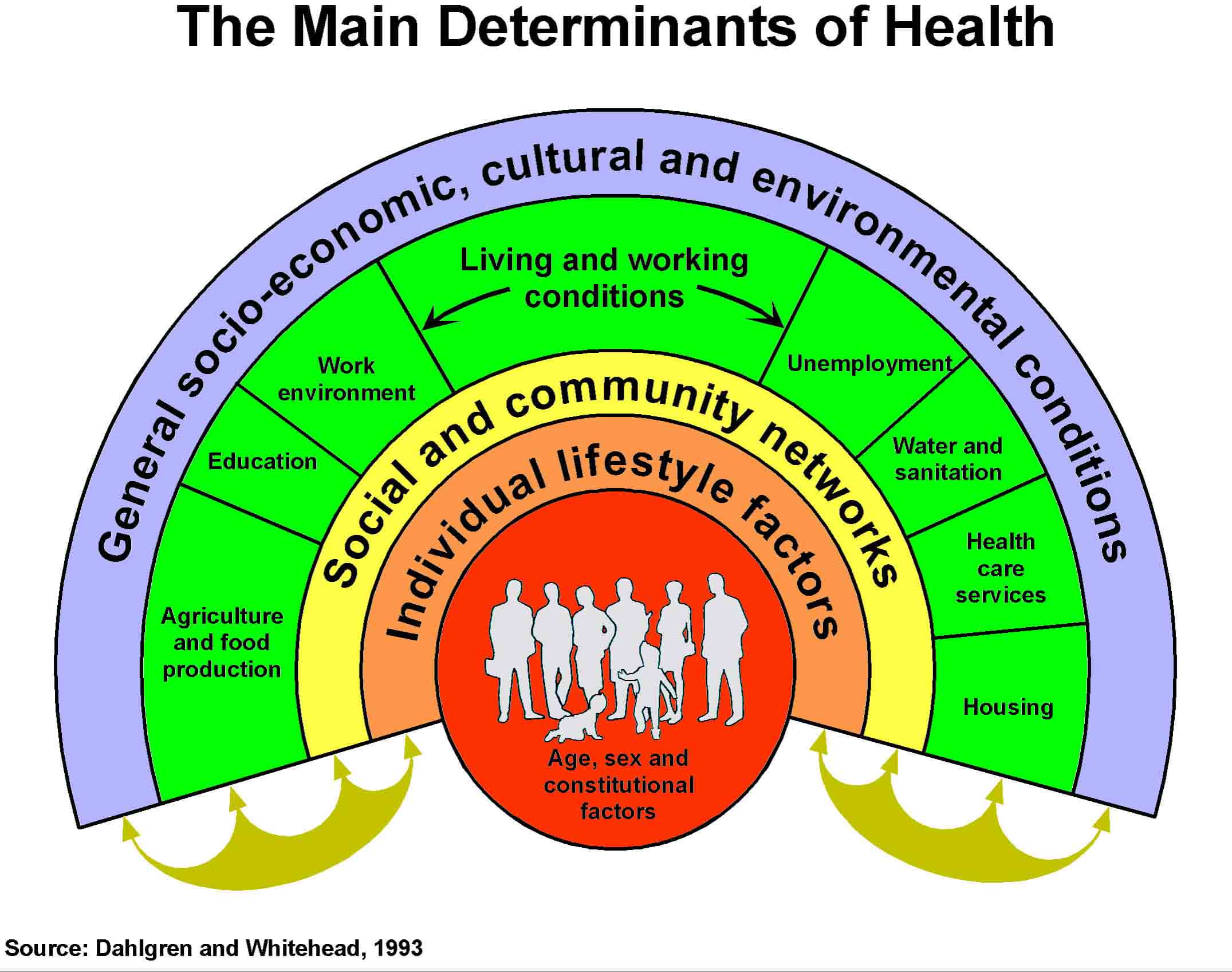 In May 2019, Whitehead was named by Universities UK as one of the ‘Nation’s Top 100 Livesavers’ as part of their latest MadeAtUni campaign.

In May 2019, Whitehead was named by Universities UK as one of the ‘Nation’s Top 100 Livesavers’ as part of their MadeAtUni campaign.