Researchers at the University of Liverpool are now tapping into that power in a more methodological way, opening up new avenues and opportunities for it to enrich our lives. This includes an inclusive approach to music with regards to ageing, and a recognition that the adoption of technology and digital tools is tied not only to age but to gender, income, literacy and ethnicity.

“I was still struck by how people engage with and experience the world through music and its often hidden role in everyday life,” says Professor Sara Cohen, who is also Director of the Institute of Popular Music based at the University, which was founded as a world first in 1988 and has since acted as an innovative research hub. “Given that it provides a soundtrack to people’s lives and has such a powerful connection with autobiographical memory, music offers a rich and unique resource for exploring the diversity of people’s experiences of age and ageing.”

Cohen’s work on place, heritage and memory has involved collaboration with various organisations, including Historic England, National Museums Liverpool, the Manchester Hallé Orchestra, and Liverpool’s Open Eye Gallery, and has used music as a resource for autobiographical and collective remembering for people of all ages. In doing so, it has revealed hidden histories and heritages through exhibitions, maps and film, and helped the public access music that had been inaccessible or under-utilised. 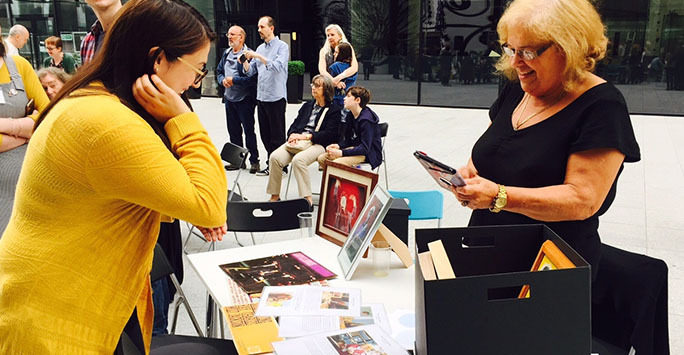 This work culminated in Cohen co-writing Liverpool’s successful bid to become a UNESCO City of Music, and initiating an event to mark the occasion: in February 2017 the city hosted the world’s first Music Tourism Convention that attracted over 200 international delegates, and is due to be repeated in 2019. “Liverpool is a good place for music research. Even if the research is not about Liverpool music, there is a general recognition here of music’s significance for people and places,” says Cohen.

Cohen’s work has led to international collaborations, most recently through the Ageing, Communication, Technologies (ACT) project that is addressing how new and digital media is changing the ageing experience, from older ‘silver surfers’ to online spirituality. Supported by the Canadian Humanities and Social Sciences Research Council and running until 2021, Cohen is engaged in research that uses remembering practices as a lens to explore cultural age and ageing, when most research is fixated with chronological age, and that aims to confront ageism in its various forms. Through collaboration with other ACT researchers, this work has included workshops with refugee and asylum-seeking women in Palermo, deaf audiences in Montreal, Caribbean migrant musicians in Florida, hip hop musicians in Boston, and users of community-based care centres in Liverpool.

Closer to home, Cohen and Shaw’s recent pilot study supported by the University’s Industrial Strategy Challenge Fund Pump Priming Fund, has explored the feasibility of using multimedia products like digital ‘memory apps’ to address the needs of people living with early-stage dementia, as well as their families and carers.