Household air pollution impacts three billion people who rely on solid fuels such as wood, charcoal or animal dung burned in inefficient stoves for heating and cooking. Preventive action could have massive, population-wide health benefits, particularly for women and children who share the majority of domestic burdens, and help to meet number 7 of the UN’s sustainable development goals: access to affordable, reliable, sustainable clean and modern energy for all.

“Our work is building on 15 years of research,” says Professor Daniel Pope who currently leads the Institute of Population Health research theme, Energy, Air Pollution and Health, at the University of Liverpool. “Our group co-led the first ever randomised control trial of an improved cooking stove in Guatemala, which proved hugely influential and helped put the household air pollution issue on the global agenda.” Indeed, household smoke is estimated to kill almost 4 million people every year – more than TB, AIDs and malaria combined.

To tackle the problem, the focus has been on burning biomass more cleanly using improved cookstoves. However, the work of Pope and others has identified that in lower and middle-income countries (LMICs) such stoves fail to achieve reductions in smoke anywhere near WHO safe guideline levels. As a result, in 2014 WHO guidelines for indoor air quality, led in development by the group through Liverpool’s Professor Nigel Bruce, had the explicit recommendation for LMICs to rapidly adopt clean household energy like gas and electricity. Based on this work the group produced a REF2014 case study rated in the top 20 out of 7000 for UK research having a global impact by UK-CDS.

So how can a population-wide transition to clean household energy be achieved? In 2016 Pope’s group launched a programme of community-based research in Cameroon, working alongside the government in its commitment to scale adoption of liquified petroleum gas (LPG) from 20% to 58% of the population by 2030 through a National LPG Masterplan.

Among strategies evaluated by the group were microfinance loans managed by village banking systems, the use of pressure cookers to reduce the amount of LPG needed to cook traditional food, and in-depth community participation using photography to identify barriers and enablers to using LPG. Public engagement was a crucial component of the work where findings were communicated to policy makers involved in implementing policies related to the masterplan.

The group is now researching how best to help populations switch from polluting fuels to LPG or ‘cooking gas’, working with the governments of Ghana and Kenya that also have ambitious targets to scale up LPG use, as well as Cameroon. This research is supported by the National Institute for Health Research (NIHR) through a £2M Global Health Research Group award, entitled Clean Energy Access for the prevention of Non-communicable disease through clean Air in Africa, or CLEAN-Air Africa, launched in November 2018. 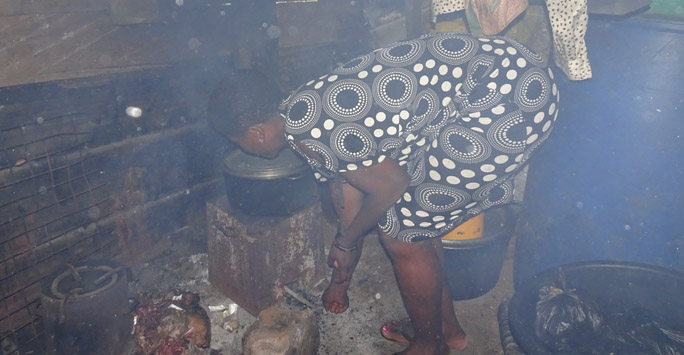 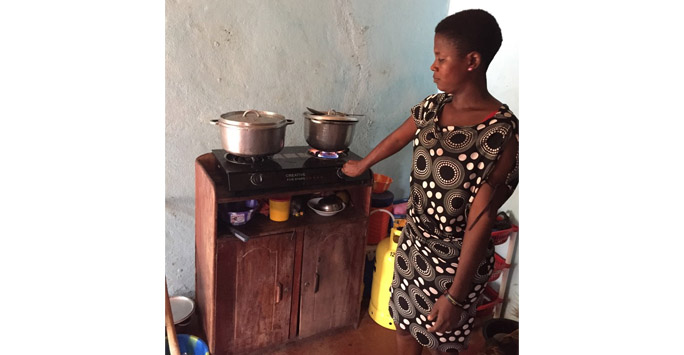 The University of Liverpool’s Dr Rachel Anderson de Cuevas is project coordinator for CLEAN-Air Africa and describes its three-pronged approach of research, health system strengthening, and public and stakeholder engagement as key to its success.

The project group, working alongside national health ministries in partner countries and WHO has implemented domestic health programmes incorporating training in the prevention of household air pollution.

In Kenya, 130,000 community health workers are being trained in household air pollution, health and prevention through new training adopted by the Ministry of Health as part of 2021 Universal Health Coverage. Health workers will work across the whole country to educate and support communities to adopt cleaner fuels and cooking technology, reducing the exposure to harmful smoke.

Professor Dan Pope said: “We have demonstrated that rapid transition to clean cooking with LPG in sub-Saharan Africa meets an immediate public health priority with climate, gender and environmental co-benefits”.

“While we are researching future green options for domestic energy, including electricity and bio-LPG, these solutions are unlikely to achieve the scale needed to meet SDG7 on time. More effort is needed to support clean cooking with LPG in countries where the infrastructure required for cooking with electricity or renewable fuels will not be available in the short-term. Our research has shown the benefits of both financial and technological innovation in assisting a rapid, equitable transition to clean cooking fuels”.

CLEAN-Air Africa is now working with KopaGas in Tanzania and MGas and PayGo Energy in Kenya to rapidly accelerate the transition from wood and charcoal based cooking to modern, clean, low carbon energy-efficient energy with a focus on electricity and gas. This is linked to the UK FCDO Modern Energy Cooking Services (MECS) Programme.

The CLEAN-Air Africa group have completed a policy review of the Cameroon cooking energy sector which was presented at an African Union Development Agency event at the UN Climate Change Conference (COP26).

Dr Elisa Puzzolo, Co-Director for the Group, explains the latest evidence about LPG climate credentials: “LPG burns very cleanly in simple devices such as household cooking stoves and has a low carbon emission profile due to its high efficiency. Replacing biomass fuels with LPG reduces black carbon and methane emissions and preserves trees from being harvested for fuel. While it should be considered a transition technology towards fully renewable household energy, it has the potential for being increasingly decarbonised through adoption of bio-LPG generated from municipal solid waste and agricultural residues.”

We raise community awareness of household air pollution as a health and environmental problem and identify solutions within the community for addressing the issue through adoption of clean household energy. Importantly we then engage with the health sector to empower physicians and community health workers to communicate these messages and give communities a direct voice to policy makers through public and stakeholder engagement.