Our featured researcher this month is Dr Niamh Thornton, a Latin Americanist with a particular focus on Mexican film and literature.

Niamh's key research interest is in the multiple representations of conflict in literature and film. This has led her to investigate a range of conflicts, but most recently a major Mexican film star, María Félix, about whom she is writing a monograph. This research has inspired a project on eyebrows because they were a recognisable feature of her screen performances.

She is co-investigator with Dr Liz Greene (University of Reading) on Brews and Brows: Shaping Stories from Eyebrows to Scousebrows. It is an interdisciplinary collaborative project aimed at creating opportunities to discuss the importance of eyebrows to our identity and sense of self.

A project that started with Félix, now builds on the association between Liverpool and a recognisable eyebrow shape, the Scousebrow. Both were starting points in the conversation, but the research so far has shown that for participants their eyebrow grooming is an expression of multiple aspects of who they are, their wellbeing, and their sense of belonging. 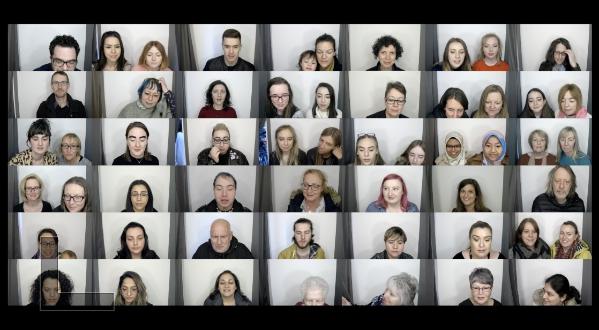 So far, the project has invited people to share stories via a video diary booth, to get their brows scanned, and to pose for photographs in order to record what their eyebrows mean to them and who or what inspires their styling. The project aims to continue to gather stories to explore the centrality of the eyebrow to identity, self, and belonging.

In May 2022, she was interviewed as part of CNN Style’s focus on Eyebrows as part of the As We Are series, which you can watch online here.

Find out more about Niamh and her work on her staff page.