This month's Researcher in Focus is Dr Laura Sandy, Senior Lecturer in the History of Slavery in the Department of History and the Co-Director of the Centre for the Study of International Slavery and Unfree Labour (CSIS). Laura has recently been appointed as the Liverpool University Press’ new editor for the series: “Studies in International Slavery.” Find out more about her work with CSIS and about her research on American slavery, race, resistance, and the law, which has been funded by the ESRC, Leverhulme, British Academy, and a variety of universities and educational institutes in the United States.

Laura joined the Department of History in September 2015. Her research focuses on the “margins” of slavery and recovering the life stories of those neglected in existing histories. She aims to expand and challenge how we understand the operation of slavery and the impact it had on all those involved.

Her first monograph, Overseers of Early American Slavery, reconstructed the lives of plantation supervisors and artisans, free and enslaved, and also their wives and families. Through this research, she uncovered a much more complex picture of free and enslaved individuals who were entwined in businesses built upon physical coercion and the labour of the unfree.

Continuing to unearth those who remain almost invisible in the historical record, Laura has since worked on projects about slave resistance, voluntary enslavement, the laws governing slavery, and the theft of the enslaved. This has led to the publication of collections focussed on "Negotiating the Peripheries” of slavery, which reconsider the history and memory of slavery, women, resistance, and the Civil War in America.

Her current project Slave Stealing further illuminates the lives of men, women, and children who have been forced to occupy the shadows at the "edges" of studies of slavery. This research has also offered the opportunity for wider engagement with issues related to modern slavery and human trafficking. The little understood phenomenon itself reveals much about traffickers, their networks, and the lives of the “stolen.”

In the future, working alongside the UK Independent Anti-Slavery Commissioner, Laura hopes to explore interdisciplinary links with colleagues across the university and the city. Understanding “underground slave trades,” the complexity of these criminal activities, and their impact on societies has important contemporary resonance, which she has embedded in her work with the Centre for the Study of International Slavery and Unfree Labour (CSIS).

During her career she has collaborated on projects with educators and heritage partners in United States about slavery, civil rights, and race. Since joining Liverpool, she has used her experience and networks to gain funding from the US Embassy, the Thomas Jefferson Foundation, and other American research institutes to support public engagement activities with UK schools, museums, activists, policy-makers and other events about topics such as the link between “Capitalism and Slavery.”

A career highpoint to date was welcoming Erica Williams, daughter of Dr Eric Williams, Trinidad and Tobago's first Prime Minister and seminal historian of slavery, to Liverpool in 2019, as a keynote speaker at an international conference celebrating her father's legacy. 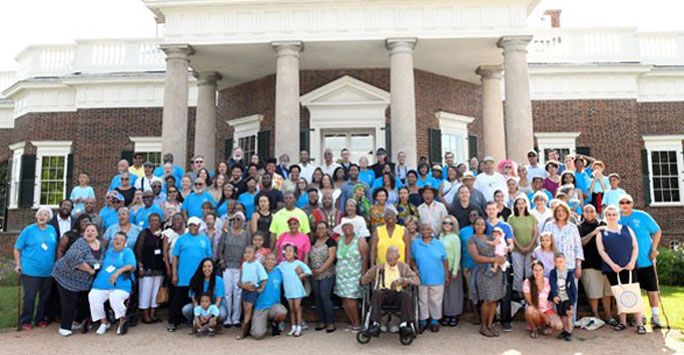 Most recently she has been working with Getting Word African American oral history project, based in Virginia, on methodological approaches to co-producing research and resources about slavery and enslaved descendants. With these and other international partners, she is also currently putting together an initiative entitled “Creating and Connecting Slavery Museums, Exhibits, and Resources,” with the intention of real-time virtual and digital links between people, histories, heritage, and research on slavery across the globe.

Laura hopes that through such collective efforts and the crucial inclusion of “untold stories” and marginalised perspectives, together we can start to redress the balance, rethink the historical memory of international slavery, fight global inequality, and find solutions to the problem of contemporary trafficking.

Learn more about Laura and her work on her staff page.