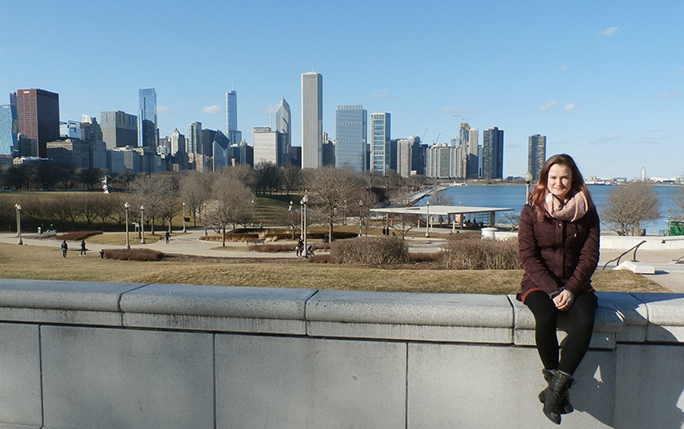 When I first started school my favourite subject was maths, I found applying logic and solving numerical problems to be really satisfying. As my education developed, I enjoyed the application of maths more and more, and physics in particular offered everything I loved: Problems to solve and mathematical tools to solve them.

Over time I’ve come to realise that I am extremely lucky to have been able to pursue a STEM subject like physics, a huge number of people find maths and science really difficult to grasp so they don’t get to experience just how enjoyable they can be. Coupled with that, I went to a specialist science school where my teachers all loved and were incredible at their jobs, so my love of science was only ever positively fuelled throughout my education.

I adamantly didn’t care that physics wasn’t deemed a ‘girly’ subject, and couldn’t comprehend why such a stigma would put people off pursuing something they enjoyed.

I have always been really proud to be one of the only females in the field of physics. Even hroughout A-levels at the science-specialist school I went to, I was one of only 5 or 6 girls in a class of almost 30. I adamantly didn’t care that physics wasn’t deemed a ‘girly’ subject, and couldn’t comprehend why such a stigma would put people off pursuing something they enjoyed. What/who gets to define ‘feminine’ anyway, and why on earth does my gender have anything to do with my interests or my future? For me, the controversy made studying science even more appealing - the idea of smashing stereotypes felt really important, especially because of how lucky I’ve been.

The fact that some young girls are still genuinely affected by socially implemented and utterly unwarranted stereotypes is something I’m passionately frustrated by. In my experience in the field of science, females play a powerful role because their intrinsic differences can make them capable of approaching problems in different ways to males, and diversity is absolutely crucial to scientific development in the same way creativity is.

I am an experimental neutrino physics student and have worked on all sorts of projects during my PhD including both hardware and software development. One of the things I love most about the field of neutrino physics is the incredible diversity and drive for equality that is paramount in daily life. I spent a year of my PhD at Fermilab in Illinois,

I’d never been to the states before starting my studies at Liverpool, but there are some incredibly definitive characteristics everywhere you go in the country, as is the case wherever you go in the world. However, as soon as you step onto Fermilab soil you are transported into a profoundly international community, and consequently it’s one of the most genuinely incredible places I’ve ever visited, even though I was primarily there to work.

It’s as exciting as it is frustrating to be a woman in science at the moment. You feel like you’re making a real difference by contributing to the field and sharing your stories with prospective female scientists, but at the same time, the social stigma and misguidance of young women should have been eradicated a long, long time ago. Equal opportunities in any field should go without saying, no matter what the context.