The project team focuses on how these topics are represented in museums and official exhibitions and also interrogates the voices that are not yet heard or represented in these official, in particular those of women victims.

At the beginning of the grant, extensive interviews and detailed analysis of Colombia’s main museum, the National Museum, were undertaken, along with archival research at the National Centre for Historical Memory.

The project also worked closely with several organisations, including the OFP [Popular Women’s Organization] to create hand-made posters, telling the voices and stories of women.

Now in its second year, the project’s activities have developed significantly, both with our project partners, and the general public in Colombia and the UK.

After the initial stages of the project, which included workshops and the development of projects with research students at the UPTC (the Technological and Pedagogical University of Colombia) in Colombia, focussing on women in the Boyacá region of Colombia, the team returned to Bogotá in October to undertake a week of co-creation workshops. These workshops, led by project Co-Investigator, María Mencía, invited members of the Ruta Pacífica de las Mujeres (from across Colombia) and Zoscua (from Boyacá) to take part in creative activities related to representing their experience of the Colombian conflict – the work produced in these workshops is now in the process of becoming the co-created multi-media artwork, which will be displayed at a variety of museums in Colombia, and will be housed more permanently at www.voces-invisibles.com, where Dr Mencía’s work is already taking shape.

Professor Taylor was also successful in being awarded a UKRI GCRF Translation Grant to translate the findings of the project into outcomes, working directly with staff at the National Museum of Colombia to create a series of products to generate greater visibility of minority groups and encourage self-identification in museum spaces, beginning with a kit, ‘Un museo para mí’ (A Museum for Me), with which users can tell their own personal stories in their own mini-museum – so far, the project has undertaken the activity in the Bogotá workshops with women victims of the conflict, the Latin American diaspora in London, the general public in Liverpool, and will shortly be opened to the public in Bogotá in what is called an ‘invasive’ exhibition, where members of the public will come to create and donate their mini-museums to the National Museum in a growing exhibit, which will consume one of the Museum’s rooms.

The exhibition of ‘A Museum for Me’ at the National Museum will take place on February 25th, and Professor Taylor and her team will be travelling to Bogotá for the launch, to speak to the public about the project, and to hold further meetings with Museum staff in order to ensure the longevity of the ongoing grants after their funding expires.

During this visit, the team will also travel to project partner university, the UPTC, in Tunja, Boyacá: One of the outcomes of meetings and workshops in October 2019 was the creation of a diploma in Human Rights, offered for free by the UPTC to women victims and social leaders within the context of the conflict in the Boyacá region. Team members across the institutions involved with the grant will be contributing voluntary sessions to the diploma, with Professor Taylor and her team giving sessions on the significance of social media in Human Rights campaigning and visibility, representations in official memory spaces, and running the ‘A Museum for Me’ session during this next trip.

The project will continue to work closely with women’s organisations, and organisations that focus on victims of the conflict, including the Ruta Pacífica de las Mujeres, Zoscua, and the OFP.

Prof. Taylor has just been awarded an additional AHRC GCRF Follow-On Funding grant which will develop impact arising from the main AHRC grant. This will take the form of a project on Archives of Human Rights and Historical Memory. Focussing on Colombia, the project will work with four NGOs who have created their own archives of testimonies and other documentation relating to the armed conflict. The project will address their needs and develop archiving systems for these resources.

Upcoming events and highlights in 2020 include:

‘A Museum for Me’ exhibition at the National Museum Colombia, Bogotá, 25 Feb to 25 April - Suspended during Museum closure and will be re-instated upon Museum re-opening

Symposium on ‘Memory, Heritage and Languages’ in Liverpool, 27 March 2020 - Postponed until further notice.

Workshop and events with the Commission for the Clarification of Truth, Coexistence and Non-repetition – UK and Ireland Hub, in Liverpool on 27-28 - Postponed until further notice.

Claire Taylor, lead on the project, said “we’re aiming in our project to engage with the UN’s Sustainable Development Goals, in particular goal 16, to ‘Promote peaceful and inclusive societies’, and goal 5, ‘Achieve gender equality and empower all women and girls’.

The focus of our project on historical memory as an integral part of the process of conflict resolution, coupled with its sustained attempt to recover the voices of women victims of this conflict, provides an Arts- and Humanities-informed strategy of contributing to these two goals”

Many non-academic partners are also involved in the events and activities, including: 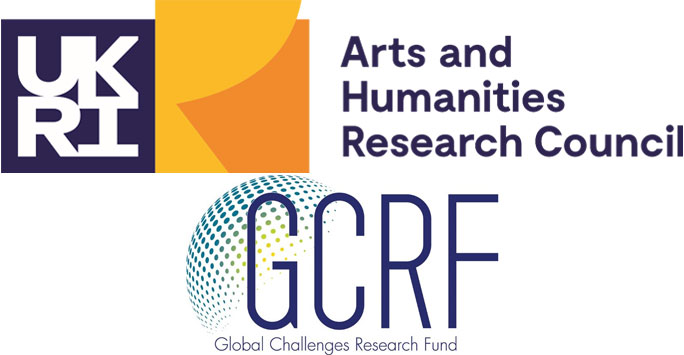 Memory, Victims, and Representation of the Colombian Conflict - Spanish Language

The project has been possible thanks to funding from:

View the photo essay below to see a range of the project’s events to date, including: a two-day workshop with the Organización Femenina Popular [Popular Women’s Organization] in Barrancabermeja, Colombia, producing hand-made posters and images that were inaugurated in their new museum; a week-long series of co-creation workshops with women’s victims in Bogotá in October 2019 creative and artistic results of the UPTC Masters’ students research projects; a traveling exhibition in Tunja in November 2019; participants from Mujer Diaspora making Museum for Me kits in London in November 2019.