This month’s researcher in focus is Dr Lucienne Loh, Reader in the Department of English. Lucienne is co-curator for 'Chinese and British', a major exhibition at the British Library opening on the 18th of November 2022 celebrating the contributions of Chinese people and their communities to British society since the seventeenth-century to the present day.

The 'Chinese and British' exhibition draws on Lucienne’s research into community activism by Chinese community groups and especially community oral history projects that chart personal journeys of migration through survival and struggle made by the Chinese diaspora in Britain. 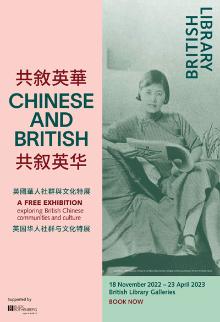 Her research with the Chinese community in Liverpool has led her to major collaborations with FACT artists such as Yarli Allison, who created a VR version of Pitt Street in Liverpool where some of the early Chinese settlers were housed. Yarli’s video installation was titled 'In 1875 We Met At the Docks of Liverpool'. Lucienne continues to consult with a range of researchers and artists across the country who are interested in the Chinese community in Liverpool and she is developing a research and teaching partnership between the English Department, Liverpool Everyman & Playhouse theatres and London-based New Earth Theatre, a national touring theatre company that places British East and South East Asian (BESEA) artists and communities at the heart of all their work.

In 2020, Lucienne, together with Dr. Alex Tickell from the Open University, established the British Chinese Studies Network, the first international research network bringing together researchers, artists and creative writers who are interested in research and public engagement projects on the history and culture of British-Chinese communities and individuals. The network regularly holds events and talks, and seeks to showcase new research and creative writing.

Lucienne is particularly interested in the cultural history of the intersection between Chinese food culture and racism as well as forms of resistance to that nexus, an area of research that also has resonance within the context of COVID-19. She introduced some of this research to NHS practitioners through the 'Provocations Seminar Series', a research seminar series that she co-designed with NHS R&D NorthWest’s Dr. Stuart Eglin. The seminar series brings cutting-edge HSS research into conversation with NHS practitioners who may then develop further cross-disciplinary collaborative research projects and influence policy in innovative ways. As a result of her seminar, Lucienne is currently working with an NHS physiotherapist on the way that pain is expressed by underrepresented service users in the NHS and how community-based stories may allow a platform to articulate pain.

Lucienne’s other major strand of research involves studying contemporary fiction by Black British writers who explore the history of transatlantic slavery. Through GCRF funding, Lucienne has established research networks in Ghana and Jamaica and she hopes to develop this work through an international project that involves heritage institutions in the UK. These international elements of Lucienne’s research develop from her first book, The Postcolonial Country in Contemporary Literature (Palgrave Macmillan 2014) which examines the interconnected legacies of the British empire in the English countryside and in postcolonial rural spaces.

Learn more about Lucienne on her staff page.