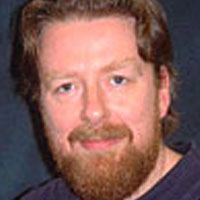 I am Managing Editor of the journal Environmental Values. My main research interest is in environmental philosophy, especially as this intersects with political philosophy.

My first main project in this area focused on how a strongly ‘green’ value perspective, committed to a non-instrumental orientation regarding nonhuman nature, can be understood to be consistent with mainstream liberal political philosophy associated with thinkers such as John Rawls. This is generally supposed to be ruled out by such liberalism’s claimed neutrality between conceptions of the good. I argue that the way around this is to understand the non-instrumental green commitment in terms of a certain conception of nature’s ‘otherness’ the normative elements of which are continuous with those comprising the core of this version of liberalism’s idea of the political. The main output of this work was the book How to be a Green Liberal: Nature, Value and Liberal Philosophy (Acumen/McGill-Queens University Press, 2003; and subsequently Routledge in 2014).

My next main project explored the idea of ‘alienation from nature’. Many people want to say our environmental situation is one of alienation from nature. Yet this notion is problematic.  It can easily seem meaningless or irrational. For example, given that, as with any other evolved being, everything we are and do, and could be and could do, is inescapably a part of nature, how can we be alienated from nature?  Much of what we do might be stupid and ignorant from an environmental point of view, but then why not just say that? Why bother with the mysterious-seeming talk about alienation?

The resulting pluralistic picture allows us to see how different environmental concerns, anthropocentric and nonanthropocentric, entail each other within our overall environmental crisis situation, rather than compete in fundamental zero-sum opposition. To establish this, I drew upon a range of ideas and themes in addition to mainstream environmental ethics, including pragmatism, eco-phenomenology, Hegel, Marxism, and critical theory. The main outcome of this work was the book Alienation and Nature in Environmental Philosophy (Cambridge University Press, 2015).

In my main current project, I am adopting a similarly pragmatist and pluralist approach to the idea of nonhuman agency. A common claim in environmental philosophy is that our environmental problems are connected closely to background assumptions or myths about nonhuman nature as a collection of ‘mere things’, lacking in agency and, as such, simply resources to be used more or less rationally by those beings who do have agency: humanity. This dualist picture of an active humanity and passive nature awaiting exploitation is held to have a profound grip on our thought and imagination. I am at an early stage with this, but my aim is to consider such claims in detail and explore alternative pictures that highlight and give content to the idea of nonhuman agency. In doing so I will be engaging with a range of conceptual and normative issues and ideas at the heart of debates about various aspects of our environmental situation, including the relation between humans and nonhuman animals (both domesticated and wild), the 'rewilding' of humanised landscapes, technological 'biomimicry' and the idea of the Anthropocene.

Whilst each of these issues, and the debates about them, involve many considerations and values, I will approach them with nonhuman agency, and its recognition or backgrounding, particularly in mind. How is it understood (or ignored), in such debates and how should it be understood? Take, for example, the suggestion to reclassify the current geological epoch to mark the scale of human impact on Earth systems: the Holocene is over, we now live in the Anthropocene. This apparently threatens to background the part played by nonhuman agency in the production of our surroundings. But the notion of nonhuman agency needs analysis and exploration: what does it amount to given that it is not (human) rational agency? Nonhuman agency (and related ideas, such as that of nonhuman ‘autonomy’) is mentioned quite often in the literature but without much detailed analysis. What there is tends to be focused through the lens of a single all-encompassing theory, whether metaphysical, such as panpsychism, phenomenological, such as Merleau-Ponty’s theory of ‘the flesh’ or social scientific-cum-methodological, such as actor network theory.

Although such general theories can be useful, placing all philosophical eggs in one such basket is not the best approach in my view. I envisage drawing upon pragmatism, phenomenology, process philosophy, actor-network theory, vitalism, new materialism, as well as mainstream environmental philosophy. It is a matter of employing and adjusting these conceptual tools to help illuminate a range of normative issues as these relate to matters of nonhuman agency. Questions here include: how do understandings of wild and domestic animal agency relate to obligations of justice or ethics to animals in these contrasting classes, especially under circumstances of anthropogenic mass extinction; how does the resulting picture relate to that of understandings of nonhuman agency and collected normative considerations, such as ecocentric ethics and recognitional (eco-)justice in the context of biomimicry; how do both pictures relate to that of nonhuman agency and relevant normative considerations, such as the ethics of place and restoration ethics, in the context of rewilding?