Welcome to new Fellows across the HSS Faculty

The Faculty of Humanities & Social Sciences is pleased to welcome several new Fellows across various Schools and Departments this academic year.

Below, we introduce some of our new colleagues, and we look forward to sharing more on them and their research in the future. 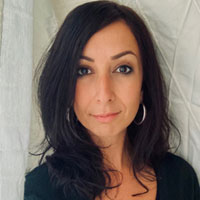 Stella Morgana joined the Department of Politics at the University of Liverpool as a British Academy Post-doctoral Fellow in September 2022.

Her research project investigates the gig economy of Iran. It tackles how gig workers selling their labour through digital platforms exercise their agency in a context where hybrid capitalism fuels labour alienation.

Before joining the UoL, Stella worked as a Lecturer in Political Science and Middle Eastern Studies at the University of Amsterdam. Previously, she held research and teaching positions at Leiden University. 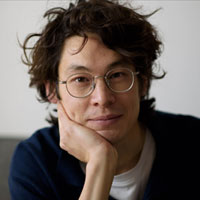 Alistair Cartwright’s current research explores the architecture and politics of post-disaster reconstruction in Mauritius during the transition from British colony to independence. This new work, supported by a Leverhulme Early Career Fellowship, is a departure from his PhD research on post-war London's 'rented rooms', but shares some of the same concerns with how buildings and landscapes are variously laid claim to, cleared away, and reappropriated during periods of large-scale reconstruction. Sitting at the intersection of architectural history and social history, Alistair's work draws on visual culture, oral history and analysis of records such as valuation lists and postal directories to track the contested occupation, adaptation and re-use of built spaces over time.

Alistair was recently a postdoctoral fellow at the Paul Mellon Centre and has written on topics such as the aesthetics of the ‘un-ideal home’ and the role of rent tribunals as spaces of resistance, for publications including the London Journal, Architectural Histories, Twentieth Century British History and Jacobin. A recent historical materialist account of the building regulations in England and Wales features in the edited collection Building/Object: Shared and Contested Territories of Design and Architecture (Bloomsbury 2022). Alongside academic work, Alistair is an experienced fundraiser specialising in trusts and foundations, having worked for various charities including Open City. He is a regular contributor to the political news and theory site Counterfire.org. 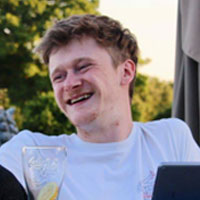 Alex Holder is returning to the University of Liverpool this semester to undertake a 1-year ESRC post-doctoral fellowship having completed his PhD with us earlier in the year. His research focusses on the legal reasoning of military personnel engaged in aerial targeting operations and seeks to illuminate the methods by which legality is produced and maintained during instances of targeting and the use of force.

Alex has worked alongside a number of humanitarian non-governmental organisations on issues relating to the protection of civilians, and his longstanding relationship with Article 36 – co-recipients of the 2017 Nobel Peace Prize – will continue to explore the relationship between civilian harm and the legitimate use of force. 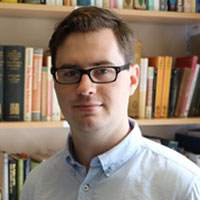 Niall Ó Súilleabháin will be joining the School of Histories, Languages and Cultures at Liverpool in May 2023, working on a project entitled “Unfreedom and the Church in Northern France, c. 888 – c. 1120” with Dr. Marios Costambeys. Educated in Dublin and Oxford, Niall was awarded his Ph.D. in medieval history in February 2020. He has spent the years since then in Trinity College Dublin, working first as a Postdoctoral Researcher funded by the Irish Research Council, and more recently as a temporary lecturer in Early Medieval History. He is a historian of social hierarchies, and is particularly interested in how social status and social gradients are maintained and enforced. His doctoral research examined medieval élites at the very top of society, and his Leverhulme ECF project seeks to explore the other end of the social spectrum.

By the year AD 1000, tens of thousands of unfree dependants were owned by Western Europe’s churches and monasteries. Historians have long recognised this fact but have rarely considered its implications in much detail. Recent research has re-evaluated these people’s place in medieval society, however, and the terminology of ‘unfreedom’ is gradually replacing older terms like ‘slave’ and ‘serf’. The word ‘unfree’ better reflects the wide range of social statuses and conditions in which people who were legally owned by another could be found, which varied not only from place to place but even from person to person.

Niall’s Leverhulme Trust-funded research builds on these recent advances to explore the role of ecclesiastical institutions – cathedrals, churches and monasteries – in shaping and perpetuating these social structures in medieval society, particularly in France north of the river Loire in the crucial period 888 – 1120. The project will investigate not only the reality of relations between churches and the unfree dependants they owned, but also the ideological and intellectual foundations of those relationships: how churchmen thought the unfree should fit into society and into ecclesiastical institutions. Studying both aspects together is particularly important because the majority of the surviving written evidence was produced by clerics and all of it was preserved in ecclesiastical archives or libraries. Understanding how the surviving evidence for medieval unfreedom was produced and in what contexts unfree people appear (and in which they do not appear) is key to uncovering the practices and ideologies of unfreedom, as well as unfree people’s responses to them.

Niall’s research will consist of two primary strands of investigation. The first strand will study how normative ideas of how unfree people should be treated by the church were disseminated across Northern France. This will involve in-depth examinations of surviving manuscripts of canon (or Church) law codes, episcopal decrees and letters of advice, to determine when, where and how often texts about the unfree were copied and produced. The second strand will compile a database of charters and other legal documents concerning the unfree and churches. These documents offer a glimpse into the practical reality of relationships between churchmen and unfree people, marking important moments such as self-sale into unfreedom, transfers of unfree people from one owner to another, or manumission (the freeing of an unfree person). When brought together, these two strands will result in a new social history of the Church and its unfree dependants in the Middle Ages. 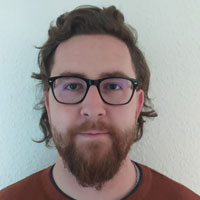 Alexander Brown has recently joined the Department of Languages, Cultures and Film.

His research focuses on history and memory of state socialism in East Germany (Soviet Zone of Occupation/German Democratic Republic 1945-1990) with a special interest in the actions of state actors, the politics of memory and ideology in post-1990 Germany.

The Leverhulme project ‘“The Answer to Auschwitz”?: Holocaust Memory and Antifascism in the Other Germany’ looks at how the GDR incorporated Holocaust commemoration into their understanding of antifascism and how this thematic complex has in turn been reconstructed and politicised in the Federal Republic of Germany since 1990.

He completed his PhD in 2019 at the University of Birmingham on the subject of the GDR’s opposition in contemporary German state-mandated memory. His first post-doctoral position was at Newcastle University where he was Research Associate to Dr Joanne Sayner on the AHRC project ‘Knowing the Secret Police: Secrecy and Knowledge in East German Society’. This project reversed the usual approach to the GDR’s “Stasi” by asking not what did the secret police know about various strata of society but rather what did East Germans know about the secret police. Thier strand focused on networks of antifascists and how they intersected with and even collaborated with the Ministry for State Security.

He has published on Nietzsche and Lukács reception in East and West, Hanns Eisler, Hans Modrow, Paul Merker and representations of the East German Ministry for State Security. Alex is hoping to publish a monograph entitled “Purging Cosmopolitanism”? Paul Merker and the Politics of Memory in the near future.