Health policy in Britain since the creation of the NHS in 1948 has been the responsibility of government ministers, who have relied on expert advice from a number of sources. They have had constant advice from civil servants (non-political, some medically qualified), and from the late 1960s also began to supplement this through the appointment of special advisers such as Brian Abel-Smith. Government ministers have also benefitted from intermittent and ad hoc contact with senior members of the medical profession: through the Standing Medical Advisory Committees, informal networking and professional representative bodies such as the British Medical Association, the Joint Consultants Committee and the Academy of Medical Royal Colleges. Some commentators have suggested a relative decline in influence that these bodies have exerted on health policy, particularly since the 1970s.

No research to date has attempted to position this changing medical authority relative to the emergence of two new groups of health policy expert advisers: health economists and management consultants, who from the late 1960s have been employed in increasing numbers by the government in new units such as the DHSS Economic Advisers Office, placed within regional health authorities, or on specific consultancies through external companies such as McKinsey & Co. A further source of policy advice has been developed through external think tanks such as the Kings Fund, the Nuffield Trust, the Office of Health Economics and the Institute of Economic Affairs.

This project seeks to understand this hitherto under-researched policymaking transition through the following research questions:

These questions will be addressed through specific case studies to include geriatric care, patient management within hospitals and prescribing policies.

1. To analyse timing and process in the formation of NICE in 1999.

2. To establish a detailed history of the development of NICE.

3. To identify changing public attitudes to a significant new determinant of NHS policy.

4. To identify and analyse ‘tension points’ when NICE has provoked new challenges to NHS governance.

5. To analyse how NICE has exploited/competed with existing health policy expertise.

6. To establish the mechanisms through which the NICE model has been exported (NICE International was formed in 2008) and make an initial assessment of the operations      of similar bodies and their impact on health governance in a number of countries. 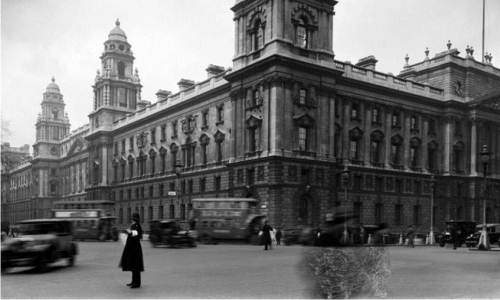 A meeting of the Medical Research Council, mid 1960s