Professor of the History of Medicine
S.B.Sheard@liverpool.ac.uk

Sally Sheard is the Andrew Geddes and John Rankin Professor of Modern History, with an appointment divided between the Department of Public Health and Policy and the Department of History. She is a health policy and medical historian, with a special interest in the interface between expert advisers and policymakers. She is a Wellcome Trust Senior Investigator, leading a seven year project (2015-2022): The Governance of Health: medical, economic and managerial expertise in Britain since 1948 https://www.liverpool.ac.uk/population-health-sciences/departments/public-health-and-policy/research-themes/governance-of-health/

She was founding Director in 2015 of the Centre for Humanities and Social Sciences of Health Medicine and Technology [CHSSoHMT] https://www.liverpool.ac.uk/humanities-social-sciences-health-medicine-technology/

Sally has written on the history of hospitals, the finance of British medicine, the development of the NHS and medical education. She worked with Professor Sir Liam Donaldson (Chief Medical Officer, UK Department of Health 1999-2010) on a Nuffield Trust funded study, published as: S. Sheard and L. Donaldson, The Nation’s Doctor: the role of the Chief Medical Officer 1855-1998 (Oxford, 2006). In 2013 she published the first biography of Brian Abel-Smith - The Passionate Economist: how Brian Abel-Smith shaped global health and social welfare (Bristol, 2013).

She has extensive experience of using history in public and policy engagement, and currently serves as a senior associate for History and Policy: www.historyandpolicy.org. She works with local health authorities and government organisations providing historical context for contemporary health policy issues, and as a guest curator and adviser for National Museums Liverpool. She has written for and appeared in television and radio programmes, including Health Before the NHS, A House Through Time, Who Do You Think You Are?, How the Victorians Built Britain, and Woman's Hour. In 2018, to mark the seventieth anniversary of the NHS, she was commissioned to write and present the twenty part BBC Radio 4 series, National Health Stories: https://www.bbc.co.uk/programmes/b0b7mxnq’. Read more. 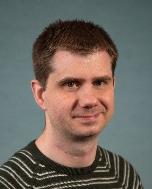 Lecturer in the History of Medicine
p.begley@liverpool.ac.uk

Philip's main research interests lie in contemporary history, particularly post-war British politics. His research within the project focuses on the evolving role of management consultants and their interaction with health policy makers and the NHS.

From 2014-15 he was a Research Assistant in the School of Social and Political Sciences at the University of Lincoln, where he worked on the 'Parliament and Policy: Predicting Success and Failure' project. His work included analysis of the 2010 Academies Act and the 1998 National Minimum Wage Act, their legislative journeys through Parliament, their impact and subsequent perceptions of their success.

Philip completed a PhD in History at Lincoln in 2013, having previously been awarded a PhD Studentship by the University. His thesis was titled 'The Road to 1979? The Conservative Party in Opposition, 1974-79'. Read more.‌

Paul is a social and cultural historian of health in Britain since 1800, with interests in demography, the family, quantitative methods and oral history. His career goal is to apply his research skills in a range of research environments including academia and health policy, translating the findings of his research into better policy and better population health outcomes.

Since February 2017 Paul has been based at the University of Liverpool in the Department of Public Health and Policy. After a First in Modern History at Oxford, he spent twenty years in the British civil service and on secondment to the European Commission, working on public health, health system reform, regulation of the health professions and the financing of the National Health Service. Paul's PhD in History was awarded by the University of Leeds in 2010 for a thesis on the cultural factors affecting the decline in working-class fertility in late nineteenth-century Britain: He has a contract for a book on this for Boydell and Brewer’s ‘People, Markets, Goods: Economies and Societies in History’ series. Paul has recently had a major article on rural infant mortality in the nineteenth century published by the Economic History Review, and has also published in journals including the Journal of Interdisciplinary History and Demographic Research.

Michael Lambert took up a new position as a Research fellow at Lancaster University in September 2019. He remains engaged with the Governance of Health project through an honorary research fellowship at the University of Liverpool. Read more.