‌Since the creation of the National Health Service in 1948 there has been a perpetual struggle to balance healthcare needs with the provision of services. This has become an increasingly politicised issue. Significant economic crises have stimulated discussions on alternative funding mechanisms and generated innovations to improve and measure NHS effectiveness and efficiency.

The Guillebaud report into the cost of the NHS, 1956

Up until the 1960s decisions by government ministers on the quality and quantity of healthcare services were primarily informed by expert advice solicited from civil servants (some medically qualified) and from senior members of the medical profession through their speciality-based collegiate system. From the late 1960s two new sources of expertise have been introduced into this process: health economists and management consultants, acting as individual special advisers to government ministers, employed in new units such as the DHSS Economic Advisers Office or on specific consultancies through external companies such as McKinsey and Co.

The aim of this project is to understand the evolving and interrelated levels of authority held by these three types of expert advisers, and the consequences for health policy development in Britain since 1948. It will consider the changing influence exerted by the medical profession, provide the first detailed analysis of the emergence of the discipline of health economics and its infiltration into British health policy domains, and explore the relative impact on the structure and performance of the NHS of health economists and managerial experts.

This project is funded by a Wellcome Trust Senior Investigator Award awarded to Professor Sally Sheard in 2014, and based at the Department of Public Health and Policy at the University of Liverpool. It will exploit rich archival sources in Britain and around the world, and will make extensive use of oral history.

In 2017 the project was extended through a Wellcome Enhancement Award to include a detailed case study of Liverpool and the Mersey region, to investigate how national health policy changes were reflected at a local level. Key findings have included the retention of health service records, the importance of having strong local leaders, and the significance of the political and economic circumstances and established medical traditions of the local area.

In 2019 a two year Costed Extension was successfully obtained from Wellcome to include a case study of the development of the National Institute for Health and Care Excellence [NICE]. This will include an examination of the formation of NICE in 1999, a detailed history of the development of NICE, changing public attitudes to NICE and the development of patient and public involvement and engagement with NICE, ‘tension points’ when NICE has provoked new challenges to NHS governance, NICE's interactions with existing health policy expertise such as the medical Royal Colleges, academic health economics units and DH clinical directors, and the mechanisms through which the NICE model has been exported around the world. 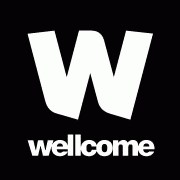