Coming to terms with the colonial past? A visit to Tervuren

"An act of guerrilla memorialization on a statue in Ostend has recently brought to the fore debates about the afterlives of the colonial past in contemporary Belgium – and these ways in which this past continues to haunt the present. The removal in 2004 of a hand from one of the figures on an equestrian monument in the city to King Leopold was a telling reminder of the brutality of the Belgian colonial regime in the Congo, where workers who failed to reach the requires quotas for rubber production were regularly punished with this form of mutilation. The hand, which recently reappeared in a public debate on current policies towards the Democratic Republic of Congo, has achieved a symbolic status as a reminder of the unfinished nature of colonial empire: illustrating this, the UN published a damning report last week that underlined the links between the legacies of colonialism and the endemic nature of anti-black racism in twenty-first-century Belgium. 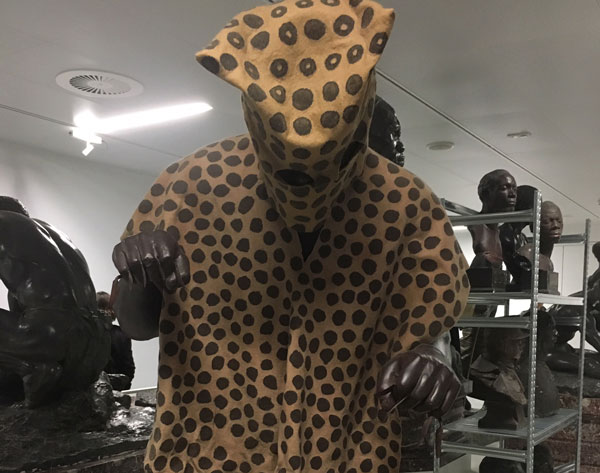 I have recently completed a co-edited volume for Liverpool University Press devoted to postcolonial realms of memory. The collection explores those sites, objects and other phenomena in which traces of the colonial past are variously sedimented, a reminder that – despite official amnesia or the often-prescriptive interventions of state-sponsored commemoration –traces of the colonial past persist in disruptive ways in the present. This recent project focused exclusively on France and its overseas territories and departments, but I have plans with my co-editors, Etienne Achille and Lydie Moudileno, to extend our purview into the wider Francosphere. To this end, I visited last week the recently reopened Royal Museum for Central Africa in Tervuren outside Brussels. This institution was first built, in the context of the 1897 Exposition Internationale de Bruxelles, as part of a large-scale propaganda effort to persuade the Belgian people of the benefits of Leopold’s Congo Free State, which operated from 1885 to 1908 as the King’s personal fiefdom. Initially a colonial museum, it changed its emphases in the period leading up to Congolese independence to focus more on anthropology and zoology, with subsequent makeovers foregrounding environmental questions and underlining the institution’s research credentials. By the early twenty-first century, critics saw the institution as a colonial time capsule, with significant elements of its displays unchanged since its foundation. It closed for renovation in late 2013 and opened its doors to visitors again in December 2018. 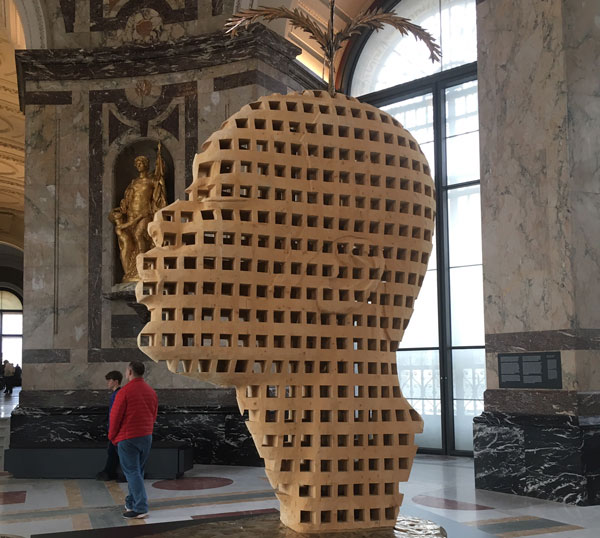 The current museum actively seeks to distance itself from its predecessor. In the newly opened wing that serves as an introduction to its collections, there is a quarantined space in which objects devoted to the ‘glorification of the colony and its founders’ are ‘side-lined’ in the tradition of the statue graveyards in a number of postcolonial countries (including the Democratic Republic of Congo itself). Here notably is the leopard-man statue by Paul Wissaert, popularized by Hergé in Tintin au Congo, a representation of a member of the clandestine Anyoto society that has come to embody exoticizing European representations of Africa. This manoeuvre reflects the institution’s active attempts to develop postcolonial museology in a stubbornly colonial container. New artworks have also been commissioned to sit in counterpoint to late nineteenth- and early twentieth-century memorials and artefacts: in the entrance hall, for instance, Aimé Mpane’s ‘New Breath’, a giant latticework head, attempts to stare back at the colonial era statues that surround it. Many objects from the original museum are nevertheless retained and although curated differently, reveal no attention to live debates about their restitution. At the same time, there is little attempt to address the systematic brutality on which the functioning of the Congo Free State depended.

Central to the new museum is a striking painting by Chéri Samba entitled ‘Réorganisation’. It depicts a tug of war on the museum steps between representatives of Tervuren and a group of Congolese characters, with ownership of the leopard-man statue disputed. This encapsulates the challenges of curating the colonial past in the postcolonial present – challenges that have arguably not been fully translated into the Royal Museum for Central Africa in the ways that many had expected they might be. The United Nations Working Group of Experts on People of African Descent which carried out its fact-finding visit to Belgium in February 2019 claimed in their preliminary report that ‘the root causes of present-day human rights violations lie in the lack of recognition of the true scope of violence and injustice of colonisation’. Part of their focus is on Tervuren as they claim that the recent reorganization has not gone far enough in supporting such activity. It is clear that the search for alternative sites at which such memory work can emerge is set to continue, not least through the active decolonization of public spaces elsewhere in Brussels: the Square du Bastion – home to a large community of the Congolese diaspora — has, for instance, recently been renamed Square Patrice Lumumba; and a statue of Leopold II in Duden Park has also become a focus of controversy, with the bust of the king recently replaced by an anticolonial activist group with one of Nelson Mandela."