As we gear up for the start of the Liverpool Iberian and Latin American Festival on 26 October, three of the team behind the festival have chosen some of their top highlights.

Focusing on the Catalan, Basque and Portuguese-speaking films, Joan Mas Font (Catalan Studies), Gorka Mercero (Basque Studies) and Ana Reimão (Portuguese language and culture) have given more details and their reactions to each film, giving a taste of what to expect from the festival:

“The film Pa Negre (Black Bread) won 12 Gaudí Awards, 9 Goya Awards, including best film, best director and best adapted screenplay. It was selected as the Spanish entry for the Best Foreign Language Film at the Oscars Academy Awards in 2011, being the first Catalan-language film to do so.

Written and directed by Agustí Villaronga and based on the homonymous novel by Emili Teixidor, Pa Negre brings to life a rural world of mythical force as the Spanish Civil War is over and the villagers live under occupation by the Guardia Civil. Eleven-year-old Andreu is forced to confront a world of adult deception, festering hatreds and the war’s monstruous consequences.

Before the screening, Joan-Lluís Marfany, historian, literary critic and Honorary Research Fellow at the University of Liverpool, will discuss the film and its historical background. After the screening there will be a Q&A with the audience.” 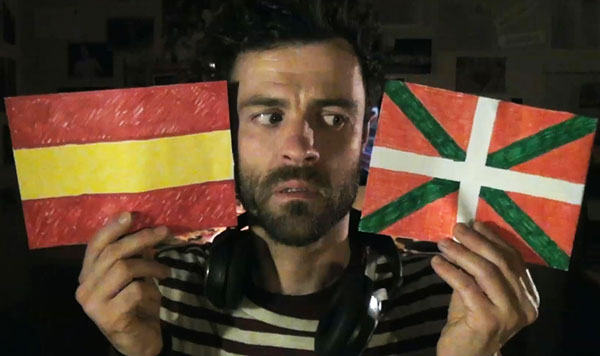 Gorka Mercero on 'Asier and I'

Asier and I  is a terribly honest and suggestive account of the contradictions that Aitor Merino, its director, went through when one of his best mates from school joined the Basque pro-independence armed band/terrorist group ETA.

When I watched the documentary, I felt Aitor had really managed to transmit to me his perplexity about how it was possible that such a good fellow as Asier could, at the same time, be involved in the – often indiscriminate – use of arms against people. I am really looking forward to the post-screening discussion with Aitor about the implications of that puzzling double nature of the perpetrators of terrorist acts.”

Ana Reimão on 'Where I Grow Old'

“Where I Grow Old (A Cidade Onde Envelheço) by Brazilian director Marília Rocha is a delicate and intimate account of the encounter of two Portuguese young women in the Brazilian city of Belo Horizonte. The city is on the one hand the backdrop where the two friends lead their lives but it also takes centre stage as its own peculiarities are revealed, namely through glimpses of its strong musical counter-culture. Much like the character Teresa, I discovered the music of Jards Macalé throught this film and that alone was invaluable.

Despite the focus on place, the film is also undoubtfully universal and anyone who has experienced living in a different country, even for a short while, will identify with some of the character’s observations as they navigate a new culture. Of course the elephant in the room that establishes the film’s subtle political agenda is the European debt crisis that led nearly half a million unemployed Portuguese to emigrate between 2011-14.

However, it is the connection between the two main characters that makes this film such a joy to watch. There is no space for artifice among the cast of non-professional actors. Instead, there is a vulnerability that the director, whose background is in documentary film, has managed to capture beautifully and poignantly.

After the screening, two immigrants in Liverpool, Gabriela Saenger Silva and myself, will be talking about the counter culture of Belo Horizonte and the pull of home."