Professor Charles Forsdick reflects on the importance of decolonising the curriculum

As part of BHM Professor Charles Forsdick reflects on the importance of decolonising the curriculum within the University of Liverpool’s relaunched MA in International Slavery.

For a number of years, the University of Liverpool’s MA in International Slavery has been a flagship activity for the Centre for the Study of International Slavery, drawing on the unique partnership between the University and National Museums Liverpool’s International Slavery Museum. Students have participated in the Centre’s programme of speaker seminars and other events, and have benefitted greatly from the internationally-leading scholars who visit CSIS and contribute to its activities. Alumni from the programme have gone on to a variety of careers and several are now active researchers in the area of slavery and unfree labour. Other former students have been instrumental in the urgently overdue work of bringing to public attention the detail of Liverpool’s historic involvement in the transatlantic traffic in enslaved Africans.

We decided last session to redesign the programme in response both to the shifting contexts in which international slavery is studied and to our understanding of the changing motivations of students wishing to take an MA programme in this area.

As part of the Decolonising the Curriculum movement, there is growing interest, nationally and internationally, in telling more complicated and positive histories and afterlives of transatlantic slavery, including questions of resistance and protest, and we have reflected this across the newly-designed modules.

At the same time, as the development of similar programmes in other universities demonstrates, increasing numbers of students seek to study modern slavery in terms of its relationship to migration, human rights and other forms of unfree labour. The redesigned programme, currently recruiting and to be launched in September 2022, reflects these changes by proposing two distinctive but interlinked pathways in historical and modern slavery. 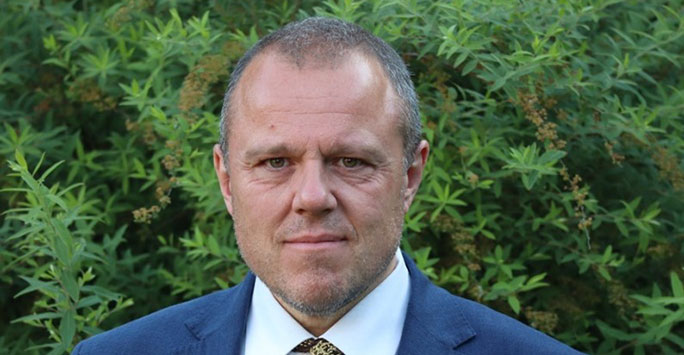 Professor Charles Forsdick worked on the redesign of the International Slavery MA.

The newly-designed MA directly responds to Decolonising the Curriculum and we have benefited greatly from the input of students in the processes of rethinking its aims and content. Indeed, central to the redesigned MA is a new research skills module that provides an overview of decolonial and intersectional approaches to research across the Social Sciences. Drawing on material from a range of disciplinary areas, this will ask how assumptions about power affect what we select as questions for research, how the sources we use have been produced and archived, and by whom. We will place a significant emphasis in the module on the students’ own positionality, and they will as a result reflect on the relationship the researcher has with those being researched. Key to the module will be a consideration of how researchers should work with the communities they study as they seek change collaboratively. The module will also address issues of representation in academia, analysing how minority and minoritised groups are often un(der)represented in research communities, and hence their voices and concerns are not heard. (See our series on Barriers to Black Academia). This will allow students to undertake a more critical analysis of their own standpoints and develop more collaborative ways of working.

Students will be encouraged to explain how discourse affects the way we look at subordinate and minoritised groups and consider alternative or ‘counter-hegemonic’ sources.

The module will allow those on the programme to understand and analyse how methodology is derived from western enlightenment assumptions about individualism and rationalism. In engaging with debates about methodological decolonisation, it will sensitise students to the existence of dominant discourses and the influence of dominant groups in what / who they research. In the process, it will finally encourage students to be critical and reflexive throughout the research process. In practical terms, the module will equip all involved in the programme to answer the following question: what should the decolonisation of methodology look like in the area of slavery studies and beyond?

An optional project-based work placement module will permit more sustained engagement with the University’s partners in this field including the International Slavery Museum and the Office of the UK’s Independent Anti-Slavery Commissioner. We have also sought to offer the opportunity to develop specific skills by including, for instance, an optional module in international archives which will be of interest to students considering a career in this area or seeking to engage more broadly with decolonising the archive. A new module on Transatlantic Slavery: histories and afterlives will also encourage students to engage with the built environment of Liverpool and to explore the city as a memoryscape or museum of slavery in its own right. With such live current debates about monuments, memorials and sites of memory, this aspect will allow engagement with hidden histories and to explore phenomena such as ‘guerrilla memorialisation’ as well as the credibility of approaches such as ‘retain and explain’.

We aim in the new programme to trace an arc that links the local (reflecting [...] the significant role of Liverpool in the history and afterlives of Atlantic slavery) with the global (introducing students to slavery and unfree labour in a wide range of chronological and geographical contexts).

The redesigned programme is also firmly rooted in debates around slavery beyond the academy: it acknowledges the contribution of external partners to study and draws on wider extracurricular opportunities for students to engage with slavery and unfree labour in a range of different professional and international contexts. Most importantly, it will provide opportunities for our students to complement more traditional attention to slavery and abolition by studying resistance, activism and protest; to tell stories from the survivor’s point of view. In this way we also hope to decolonise the stories that we tell and study within our curriculum.

Learn more about our MA in International Slavery.