LGBT+ History Month runs throughout February every year, with the aim of increasing the visibility of lesbian, gay, bisexual and transgender (LGBT+) people, their history, lives and experiences. To celebrate we took a look at the life of Alan Turing, often considered the 'father of Computer Science'.

Alan Turing was born in 1912. He was an English mathematician, Computer Scientist and Cryptanalyst. Many considered him the 'founder of computing science'.

During World War 2 he carried out cryptographic work and he also played a huge part in the effort at Bletchley Park to break the German codes. This included development work which led to the construction of what was effectively the world's first computer. The work carried out at Bletchley Park remained a secret for years after the war, but now it is recognised for having played a crucial role in the British war effort. 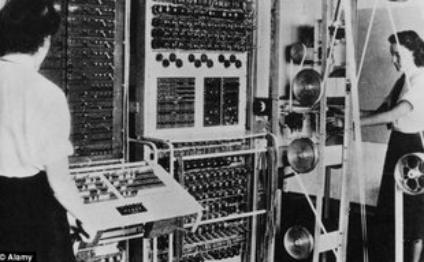 After the war ended, Turing worked on computer design at the National Physical Laboratory in Surrey. After that he worked on artificial intelligence at the Victoria University of Manchester.

Turing was charged with gross indecency in the early 1950's, when a break in at his house led to the police being called. Rather than investigate the burglary the police were more concerned that Turing was at the property with a man. After the incident he was given a choice between probation accompanied by hormonal treatment equivalent to chemical castration, or imprisonment. He chose the treatment so avoided prison.

After this his security clearance was revoked, so he was no longer allowed to work on the secret Government cryptographic work. This was despite the fact he had worked during the war with loyalty and secrecy.

Alan Turing died in 1954 from cyanide poisoning which was thought to be a suicide.

In 2009 the goverment apologised for what had happened to Alan and he received a posthumous pardon in 2012 from the Queen.

In 2019 Turing was crowned the most iconic figure of the 20th Century.

Also in 2019, The Bank of England announced its selection of Alan Turing as the character to feature on the reverse side of the new £50 banknote, which will come into circulation in 2021.

It is hard to imagine the persecution Alan received during his life, and that it stopped his career in Computer Science, after all of the brilliant things he did in the field.

Finally Alan is being celebrated. Who can imagine what else he would have done in his lifetime, if he had lived longer.

Find out more about the Department of Computer Science.