On this page there is further information about our AHRC Network Plus award and the Global Challenges Research Fund (GCRF) which is the source of our funding. Below your will find profiles of the key members of the project management team.

The project is one of a group of international academic networks funded by the Arts and Humanities Research Council and led by universities based in the UK. They have been set up to conduct collaborative arts and humanities-based research into some of the world’s most pressing development challenges.

The five networks will be funded using more than £9m from the Global Challenges Research Fund (GCRF), using the AHRC’s ‘Network Plus’ model. This is designed to bring together a wide range of UK arts and humanities research expertise with researchers and non-academic partners in low and middle income countries.

To find out more about Network Plus, please visit the AHRC website.

The Global Challenges Research Fund (GCRF) is a £1.5 billion fund to support cutting-edge research and ensure the UK takes a leading role in global development. By working with world-leading researchers and institutions, the fund contributes to addressing the complex global issues faced by developing countries.

It focuses on challenge-led, multidisciplinary research, providing an agile response to emergencies in need of urgent analysis and strengthening the UK and developing countries’ capability for research.

GCRF forms part of the UK Government’s Official Development Assistance (ODA) commitment and is overseen by the Department for Business, Energy and Industrial Strategy (BEIS).

Professor Alex Balch joined the Department of Politics at the University of Liverpool in 2010. His research focuses on the politics and policy of immigration, and on efforts to combat forced labour and human trafficking. He has worked with a range of government and non-government organisations on research projects and regularly contributes to public debates. He is a founding member of the Forced Labour Monitoring Group (FLMG) www.forcedlabour.org / @FLMGuk and is currently University co-director of the Centre for the Study of International Slavery (CSIS) - a joint centre run with Liverpool's International Slavery Museum.

Dr Lennon Mhishi joined the University of Liverpool as a Postdoctoral Research Associate in the Politics department in December 2017, having completed his PhD in Anthropology at SOAS University of London. Prior to coming to Liverpool, Lennon has conducted ethnographic research in Harare, Johannesburg, and London. His doctoral work explored the migrant and diasporic experiences of music, identity and belonging amongst Zimbabweans in London, whilstforegrounding these experiences as part of the genealogy of African and black presence and expressive culture in Britain.

Dr Wendy Asquith is a Postdoctoral Research Associate in the Department of Politics at the University of Liverpool. She is a specialist in interdisciplinary research at the intersection of Visual Culture Studies, History and Politics with interests in the cultural histories of humanitarianism, international institutions, postcolonial nationhood and African diasporas. She was a Leverhulme Early Career Fellow at the University of Nottingham (2016-2020) for a project entitled The Spectacle of Universal Human Rights: A Century of Intergovernmental Display at World’s Fairs and an AHRC Collaborative Doctoral Award Holder with Tate Liverpool (2010-2013) for the project Haiti in Art: Creating and Curating in the Black Atlantic. Her first monograph, entitled Exhibiting Haiti: The Art of Postcolonial Politics is forthcoming with the University of Virginia Press. 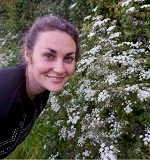 Helen Bryant is a Project Manager on HE research projects, which focus on heritage and culture. In addition to the AKN, she is the Project coordinator on the COVID-19 Care, in the department of English. She completed a MA in Museum Studies in 2014 and has research interests in heritage, community, social history, migration and labour. Recently, she has been focusing on partnership building in the development sector and how the arts and humanities can provide a critical approach to development funding in order to engage in sustainable and equitable partnerships in the Global South. 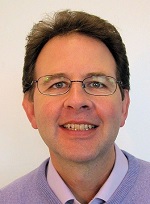 Professor Charles Forsdick is James Barrow Professor of French at the University of Liverpool. Since 2012 he has been the AHRC Theme Leadership Fellow for 'Translating Cultures'. He has published widely on travel writing, colonial history, postcolonial literature and the cultures of slavery. 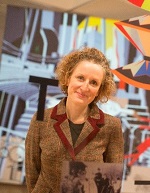 Professor Zoe Trodd is Director of the Rights Lab, a University of Nottingham Beacon of Excellence with dozens of projects and 150 team members, which is delivering research to help end slavery by 2030. Her books include To Plead Our Own Cause: Personal Stories by Today’s Slaves (2008), Modern Slavery (2009), The Tribunal (2012), and Picturing Frederick Douglass (2015). She currently works on two major research grants, the Antislavery Usable Past (2014-19) and the Antislavery Knowledge Network (2017-21).

Professor John Oldfield Director of the Wilberforce Institute for the study of Slavery and Emancipation, produces pioneering research into historic slavery, taking lessons learned from the past so we can imagine a future that is different and tackle the growing issue of modern day slavery. 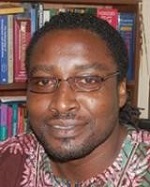 Dr. Wazi Apoh is a lecturer in the Department of Archaeology and Heritage Studies at University of Ghana. His specialty is in the fields of cultural heritage management, contract/salvage archaeology and development anthropology in connection with mining, dams and large scale construction sites. Since 2005, he has been involved in a number of on-going research activities. 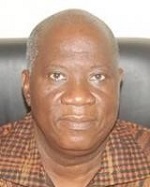 Alison Phipps: UNESCO Chair in Refugee Integration through Languages and the Arts at the University of Glasgow and Professor of Languages and Intercultural Studies. She is Co-Convener of Glasgow Refugee, Asylum and Migration Network (GRAMNET). She is author of numerous books and articles, a published poet and a regular international keynote speaker and broadcaster and Member of the Iona Community.

Katharine Bryant: Research manager and European liaison for The Walk Free Foundation, an NGO concerned with ending modern slavery. Since 2013, Katharine has been the policy and research manager for The Walk Free Foundation, and has overseen the production of a government response index as part of the ‘Global Slavery Index’. The Index provides a detailed, country by country, estimate of the number of people who are globally living in modern slavery and the actions governments are taking to respond to the issue.

Kofi Anyidoho: Professor of Literature and Director of the CODESRIA African Humanities Institute Program at University of Ghana, where he has also served as 1st Occupant of the Kwame Nkrumah Chair in African Studies, Director of the School of Performing Arts and Head of the Department of English. Well-known for his unique style of performance-poetry and CD recordings of his poetry in English and Ewe, he has lectured and performed his poetry globally. Anyidoho has published several books of poetry, numerous journal articles and book chapters, plays for children, and has edited a number of major books on African literature and the humanities. Winner of several awards, including the 2015 Millennium Excellence Award (Literature Prize). Special research areas include Pan-Africanism, literary and performance traditions of the African world, multi-media documentations of African culture and history, including the legacy of slavery.

David Okech: Conducts research on human trafficking – the exploitation of men, women, and children for the purposes of labor and sex. He focuses on designing evidence-based interventions and policies to inform programs and policies that will improve psycho-social and physical health, increase economic empowerment and put survivors on a path to recovery, stability and social integration. He has published on human trafficking and PTSD, financial capability and trafficking, as well as conducted a review of social work literature on the subject.