Professor Charles Forsdick was appointed in 2012 as Arts and Humanities Research Council (AHRC) leadership fellow for the theme ‘Translating Cultures’. 'Translating Cultures' is central to recent innovations in Modern Languages research and investigates subjects such as everyday multilingualism. It explores the ways in which translation, understood in its broadest senses, plays a key role in the transmission, interpretation, transformation and sharing of languages, values, beliefs, histories and narratives.

Charles oversaw the theme until it came to an end in 2020. He co-ordinated a team in Liverpool including theme administrator Hannah Dutton and theme Postdoctoral Research Assistants Dr Leila Kamali and Dr Eva Spisiakova. Liverpool continues to be associated with the work of the theme, notably through its contribution to the Transnational Modern Languages project

Charles’s priority has been working with other AHRC themes, such as ‘Science in Culture’ and ‘Digital Transformations’, to develop projects at the cutting edge of contemporary Arts & Humanities research. As leadership fellow, Charles provided intellectual and strategic leadership for the further development of the AHRC’s research themes and worked closely with senior AHRC Programmes staff to develop partnerships within and beyond academia.

Charles oversaw a portfolio of around 120 projects, all of which engaged with key concepts such as multiculturalism, multilingualism, tolerance and identity. He worked with researchers in the UK and elsewhere to explore the sites, locations and zones within, across and between which translation occurs, and has sought to promote opportunities for researchers to work across language areas, across disciplines and, indeed, across national boundaries. 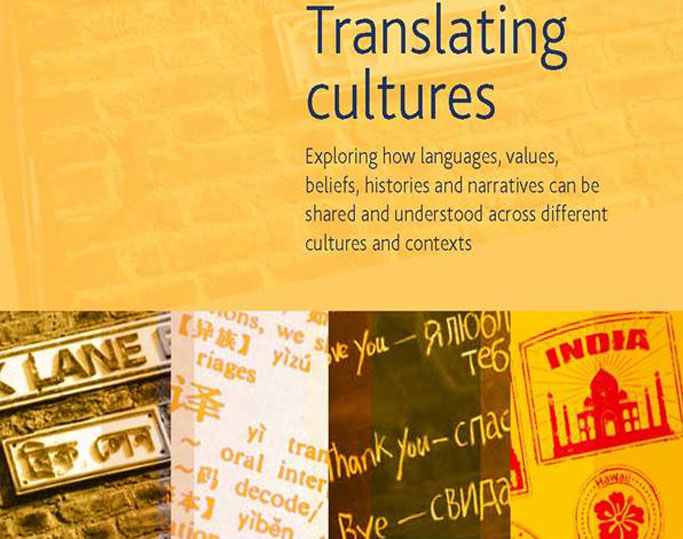 He is still particularly interested in discovering the extent to which engagement with the concepts, theories and practices of translation can engender new ways of conducting research in the Arts & Humanities, and is committed to seeking fresh approaches to the translation of the findings of research to audiences beyond the academy.

In addition to working with numerous partners outside Liverpool, Charles continues to develop his own research linked to the theme and is currently completing projects on travel writing and postcolonial memory. He is also co-editor of the Edouard Glissant translation project at Liverpool University Press.

‘Translating cultures’ has already allowed engagement, from an Arts & Humanities perspective, with many areas of public concern such as:

The theme involved close collaboration over a number of years with a number of national organisations. Charles worked with the British Library to develop its translator-in-residence scheme, part of his wider commitment to advocating for the status of translation as a form of research in its own right. He has also recently collaborated with English PEN and the Free Word Centre in organising International Translation Day.

Through this theme Charles was involved in informing the work of policy makers and public, private and third sector bodies. He collaborated with the Institute for Government in the writing of a report entitled 'What Is the Value of History in Policymaking?', and also worked closely with other organisations such as the Institute of Modern Language Research, with whom he recently arranged a conference on ‘Modern Languages and ethnography’.

He was Co-Investigator on a collaborative project with the ‘Connected Communities’ programme which led to the publication of the Common Cause report on building research collaborations between universities and Black and Minority Ethnic communities. He also co-authored a report on the AHRC networks relating to the United Nations International Decade for People of African Descent.

Charles is currently working on a number of publications that capture the findings of the theme and indicate its legacies. These include a glossary of keywords that have emerged from ‘Translating Cultures’ projects. He also worked with the AHRC sister theme ‘Care for the Future’ to produce a special issue of Modern Languages Open devoted to the current crisis in ‘coming to terms with the past’.

Work on this project first started in 2012 with an AHRC Theme Leadership Fellowship. This was renewed four in 2015. Charles was also awarded funding for an international project on dark tourism and penal heritage by the AHRC Care for the Future theme as part of its co-funded scheme with LABEX.

These articles and chapters reflect ongoing work conducted by Charles under the ‘Translating Cultures’ theme on questions of monolingualism and multilingualism as well as the place of translation in everyday life.