Professor Robert Blackwood is the Principal Investigator on the AHRC-funded research network on Multilingual Heritage, which looks at ways in which monolingualism is challenged in museums, monuments, and memorialisation.

Dr Stefania Tufi is one of the Co-Investigators on the project, funded by the Global Challenges Research Fund, which draws in colleagues from Algeria, Eritrea, and Cape Verde. This is the University of Liverpool’s first externally-funded project in both Algeria and Cape Verde. 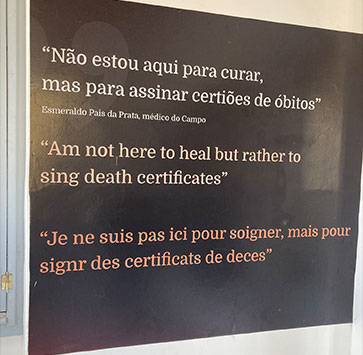 Delayed by the pandemic, the project finally started in late spring 2022 with the first meeting of the network in Cape Verde. The core activity of the network is to work with museums, civil servants, and NGOs to think through ways of using multilingualism to make heritage more inclusive. In many cases in post-colonial African countries, museums adopted the pattern of using one dominant language (often the language of the colonial power) in the organisation of their exhibits, thereby perpetuating the power structures which privileged small elites who speak English, French, Portuguese, and so on. 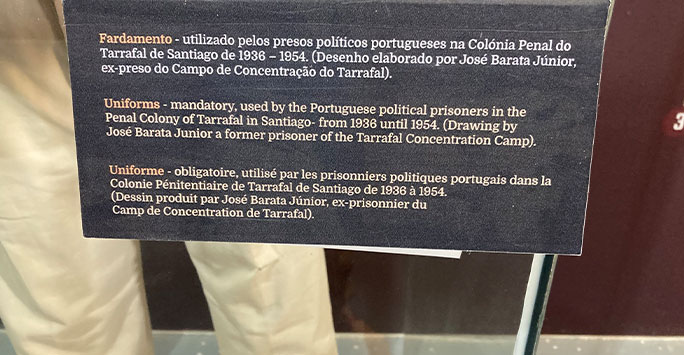 The first stage of the activities of the network took place at the Resistance Museum which is housed in a former concentration camp in Tarrafal on the island of Praia, Cape Verde. The network members visited the renovated camp and, with the help of a guide and local academics, considered the ways in which – multilingually and multimodally – the site is presented. Reviewing the publicly displayed texts, the network analysed the narratives told about the history of the camp and its internees, drawn from Portugal, Guinea Bissau, Angola, and Cape Verde. In addition, the group attended to the organisation of different languages in the site, which is currently under consideration as a potential UNESCO World Heritage Site.

The network members met with the Cape Verdean National Commission to UNESCO to discuss the experiences and lessons learned when the historic town centre of Ribeira Grande in Praia, Cape Verde, was awarded UNESCO World Heritage status. The next meeting of the network is planned to take place in Asmara, the so-called African Modernist city in Eritrea.