Taking a year abroad - are you adventurous enough to come and live in China?

Hello! Or should I say 你好 (ni hao)? I’m currently sitting in my flat in Suzhou revising for my exams. Yes, Study Abroad does actually involve studying, but don’t worry, there’s so much more!

I’ve now been in China for five months and I can definitely say that coming to Xi’an Jiaotong-Liverpool University (XJTLU) has been and still is the best thing I’ve ever done. Why? Buckle up, here we go.

Firstly, I proved to myself (and to my dad), having never been outside of Europe before, that long haul flights are genuinely an absolute doddle. On the other hand, jetlag is less fun. But once I eventually transformed back into a real human I’ve made so many new friends at XJTLU.

They are from all around the world and, like me, are adventurous enough to come and live in China. I now have sofas to sleep on all over the world! The independence boost which happens the second you’ve got through airport security by yourself, having left your family on the other side, is a feeling like no other. 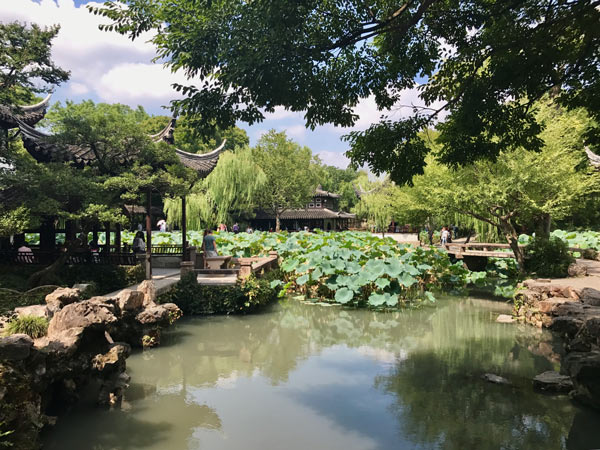 I’m not saying homesickness isn’t a problem, but nowadays, with FaceTime and other apps it’s so easy to stay in touch with everyone back in the UK. I now know that if I’m ever offered a job abroad, I definitely have the skills and the mind-set and could take it in an instant. And I’m not saying that Study Abroad is just a year off to travel around the world, but I’ve just booked my flights to the Philippines and Japan!

The Year Abroad in China is an impressive thing to have on your CV, but in reality, it’s so much more than that.

Explore a new side to yourself

Yes, it’s an opportunity to study new subjects and learn about an enormous country with a long history, and meet new people, but it’s also a chance to explore a side to yourself that you never knew you had.

For me, being in China is also a really strange experience because being at university here somehow grounds me since I’m still having to drag myself out of bed for that dreaded 9 am class.

But, after the lecture I find myself wandering along the historic canals in Suzhou Old Town which have existed for more than 1000 years! Long story short, get on that plane and just go for it!

Mhairi is studying for a BA History  with a Year in China degree and is spending the 2017-2018 academic year in Xi’an Jiaotong-Liverpool University (XJTLU) in Suzhou, China. At XJTLU, Mhairi is taking intensive classes on Chinese language, and is also doing modules on ancient Chinese philosophy, dynastic histories of China, class and social stratification in contemporary China, and many others. In the 2018-2019, she will return to Liverpool to complete her degree.