Careers - “What are you going to do with a degree in history?”

We found out how history graduate Lindsey Sutton turned her degrees in history and archive management into a career.

“What are you going to do with a degree in history?” was a question I was repeatedly asked whilst studying for my undergraduate degree. It was never a question I had to think too hard about.

During my time at the University of Liverpool I was encouraged as part of my degree to utilise primary sources and carry out research through archival records. This sparked my interest in managing archives as a career and after completing both a History BA and an Archive and Records Management MA at the University, I became a fully qualified Archivist.

Since qualifying I have worked in several archives on a number of projects, most recently I have begun working on a Wellcome funded project at Denbighshire Archives in Wales. The project, called Unlocking the Asylum, is aiming to catalogue the records of the North Wales Hospital, in order to make the collection more accessible and promote its wider use.

Opened in October 1848 the North Wales Hospital, then known as the North Wales Counties Lunatic Asylum, was the main institution for the care of the mentally ill in North Wales. Money for the founding of the institution was raised through the efforts of local landed gentry, clergy and businessmen who formed a committee and raised money through public subscriptions which included £50 each from Queen Victoria and Prince Albert. The hospital remained in existence until 1995, by which time it had treated thousands of patients, and had produced a voluminous archive which is unique in its completeness. 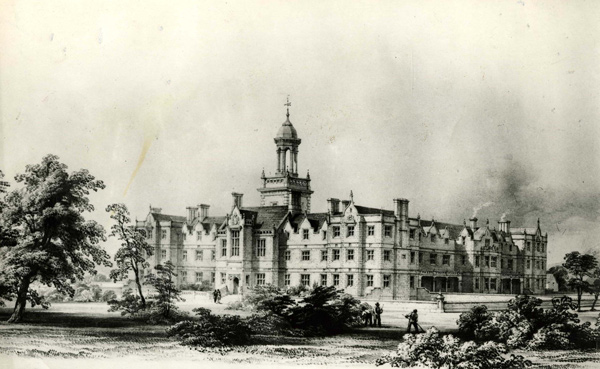 We are pleased to announce the launch of a temporary catalogue for the first part of the North Wales Hospital collection. This temporary catalogue replaces the former paper list. The catalogue, which includes over 500 items, features improved item descriptions, and a new structure which will make it easier for users to find records relevant to their research. Work is now continuing to catalogue the remainder of the collection, the final version of the catalogue will be available by the end of the project in 2019.

It is a privilege to be working on this important and fascinating collection. My experiences while studying at Liverpool have given me the qualifications and key skills I needed to succeed in the archive profession.