General Election 2017 - viewpoints from our politics experts and students

What is the background to this snap general election and how will it play out? A lot has changed since the last election in 2015, so we asked Dr. Andrew Crines, one of our British politics experts, to give us his take on the election - along with a student's view:

“This general election has been called against the backdrop of the UK’s departure from the European Union. Weeks before Theresa May chose to call for an election the government had triggered Article 50, which begins the process of withdrawal from the EU. However, this was not the only dynamic at play.

Jeremy Corbyn’s leadership of the Labour Party has thus far failed to connect with the average voters with consistent polling evidence giving the Conservatives a massive lead. Also in Scotland the SNP will be trying to hold onto their gains from 2015, with the Tories started to snap at their heels.

Finally, the Northern Ireland Assembly continues to be suspended, with the general election potentially throwing an unwelcome spanner into the works of some careful negotiations.”

What have we learned so far?

Prentice Hazell, a 2nd year politics student with us at Liverpool, has been thinking about what the local elections from 4 May might tell us about this election campaign:

“Steve Rotheram was elected the new Metro Mayor for the Liverpool city region, with 59.9% of the vote, a huge majority by any standard. However, the region’s turnout was a mere 25.9%. This could be a challenge for Rotheram and his team in having a mandate to deliver the manifesto he pledged. Looking at a broader picture across the whole of the UK, it was a clear win for the Conservatives, with net gains of 563 seats.

Meanwhile, Labour, UKIP, Lib Dems and the SNP all lost seats. The most devastating results perhaps for Labour, making huge losses to the Conservatives, and UKIP as they lost all but one of their council seats. With a general election looming, could this be merely foreshadowing of the results on 9 une?

A worry for Theresa May may have been a Lib Dem fightback in the South-West, once again, following the results of the local elections, the evidence just isn’t there, as the Lib Dems make net losses and the Tories control the majority of councils in the region. “ 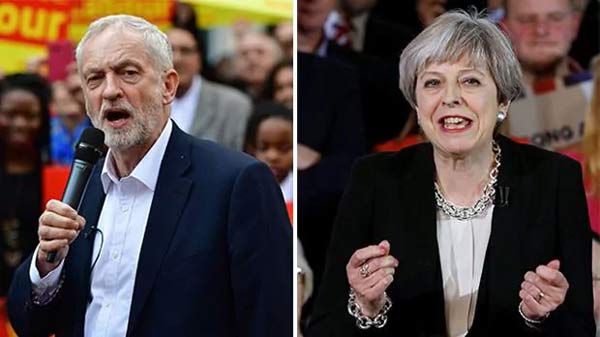 What are our predictions for how the election will play out?

Dr. Crines tells us more about what the main political leaders are trying to communicate to us:

“May is trying to cast herself and her government as ‘strong and stable’. This has been repeated so often now that it is almost the only thing people can remember when they think of Theresa May. This is deliberate. Meanwhile, Corbyn has reverted to campaign mode however, it is unlikely he will break out of the activist bubble. In Wales, the fight against the Tories is picking up speed with some projections giving the Conservatives significant leads in the country.“

“As such this election has the potential to reshape parts of British politics for a number of years. The resurgent Tories will appear to strengthen the Union, whilst Labour’s losses will call into question what the Party is for.

In terms of Brexit, however, this election will do very little to strengthen May’s position in the negotiations, however it will significantly strengthen her hand in the UK with a much improved majority. Some have suggested the majority could even be a landslide, however in a volatile electoral climate it would be wise to be cautious on the exact numbers.”

Prentice on Theresa May: “I'm cautious in saying this, but I think it would be fair to say following the outcome of the local elections, Theresa May won’t be regretting her decision to hold a General Election.”

With potentially huge implications for electoral politics across Britain, our academic experts and politics students will continue to study the General Election 2017 very closely. Follow @livunipol for commentry from our experts on election night on 8 June.