My research, funded by the 2017/18 Busteed Postdoctoral Scholarship at the Institute of Irish Studies, sheds light on the often-overlooked experiences of people who suffered displacement during the Northern Ireland conflict.

The outbreak of ethno-sectarian violence in Northern Ireland during the late Summer of 1969 gave rise to an unprecedented refugee crisis; in August 1969 alone, some 1,820 families were driven out of their homes, the overwhelming majority of them from nationalist backgrounds. In later years, official estimates state that up to 60,000 people were displaced in Belfast alone between 1969 and 1974.

Initially, I planned for the project to focus on Catholic/nationalist refugee women, the mentorship, expertise and funding at the Institute helped me develop the scope of the project to encompass a wider demographic. A particularly nascent and unexpected avenue was Liverpool’s link with the Belfast refugees. 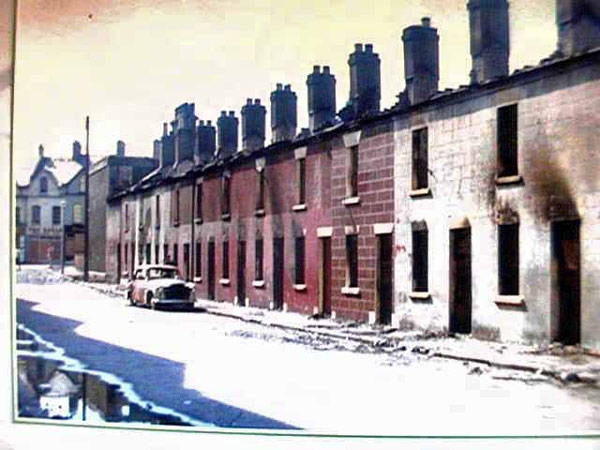 Between 1970 and 1972, some 600 Protestant refugees were brought to Liverpool and were rehoused by the Orange Order in the city. As a Busteed scholar, I was able to access and interview people who were directly involved in the transport and accommodation of Protestant refugees in Liverpool. This was possible because of the esteemed reputation of the Institute of Irish Studies among the general public in Liverpool.

My research is on-going, but it already shows how refugees are completely absent from current debates regarding victims and trauma.

Secondly, my research findings problematize the creation of highly rigid categories of identity, such as victim, refugees, protagonist. I argue that these categories do not possess the flexibility required to accurately capture the myriad of roles undertaken during times of armed conflict.

Because of the Busteed Postdoctoral Scholarship, my research has been awarded a two-year Government of Ireland Postdoctoral Fellowship by the Irish Research Council. This will allow me to continue this research at Trinity College Dublin, with which Liverpool has a strong research partnership, and it will allow me to generate important evidence-based understandings in areas of victimhood, trauma, militarisation, and shared narratives of the past from the unique perspectives of Catholic and Protestant refugees.

Here is video about protestant kids going to Liverpool & Scotland during troubles https://youtu.be/y5RAdozISiAu

Thank you Billy for posting the YouTube clip; I haven't come across that footage before. The protestant narrative is an overlooked but such an important part of the refugee story. Best wishes, Niall.

I am very interested in the period 1969 to 1998 in Northern Ireland and the deep social issues that were opened. I am an avid reader on the Good Friday Agreement and its implications for the future relationships between Loyalist/Catholic.

Thanks for your comment Tom. If you are interested in any aspect of the conflict, then the Institute of Irish Studies is certainly the place.....so please do keep checking in for blogs, updates and latest news. Best wishes, Niall.