From Uzbekistan, with love: the communist career of Evgeniia Zel’kina

The biography of Evgeniia L’vovna Zel’kina cuts an unexpected path across the history of early Soviet Uzbekistan. Zel’kina was born in 1900 in Moscow, in the family of a Jewish doctor. After 1917, likely captivated by the new revolutionary ideology, she studied to become a professional activist at the Institute of Red Professors.

Aged 25, Zel’kina moved to the recently established Uzbek SSR, in time to be a chief propagandist for its agrarian reform, preparing posters, Q&A booklets (“What should the peasant know about the reform?”) and brochures. A keen ideologue rather than an agricultural economist, Zel’kina adhered to the orthodoxy of the time to explain and solve rural poverty: her The Land Reform in Uzbekistan (1925) posited differences in landownership as the prime driver of inequality.

Against Zel’kina - and defying an increasingly rigid Party line - the members of the Seminar in Agricultural Economics at the Tashkent State University of Central Asia (SAGU) called for a more nuanced, multi-causal explanation, and alerted policy-makers to the need to tackle inequalities in the access to capital (livestock and implements). 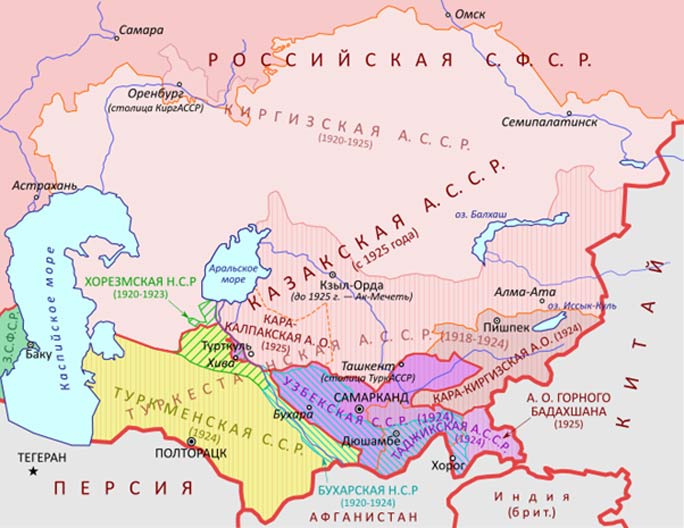 SAGU’s experts also defended Central Asia’s traditional organisation of cotton agriculture, based on labour-intensive, smallholding farms, whilst Soviet economists in Russia preferred large agribusinesses, in the form of collective and State farms. By the end of the 1920s, political pressures erased arguments for the comparative efficiency of smallholdings: their proponents were side-lined and sometimes physically liquidated.

Meanwhile, Zel’kina became Uzbekistan’s deputy people’s commissar of agriculture and director of the Eastern Section of the Agricultural Institute of the Communist Academy, which adhered to Stalin’s line on collectivisation. Denying economic merit to smallholding farms, Zel’kina was a staunch proponent of the all-out socialisation of agriculture and overturning of Central Asian village life.

Zel’kina’s political career was intertwined with her personal life. She married Akmal Ikramov, two years her senior, secretary of the Communist Party of the Uzbek SSR, who had divorced his first (Uzbek) wife. The two had met in Moscow, where Ikramov studied at the Communist University. Marrying a Russian (or Georgian) woman was a badge of pride for young Uzbek communists of that generation, as their personal biographies reflected. The couple had one son, Kamil, in 1927 and their Tashkent home hosted many prominent communists, including Nikolai Bukharin and his wife. Bukharin’s father-in-law, M.A. Larin (Lur’ie), had also met Zel’kina during the land reform.

Yet the marriage came with considerable baggage. Ikramov was a younger son in a Tashkent family that claimed to descend from the founder of the Shaykhantaur mosque, and ultimately from the caliph ‘Umar. His uncle - a famous mullah - had been elected to the Second Tsarist Duma, been arrested, and met Tolstoy. Many among Zel’kina’s Uzbek in-laws, both male and female, were religious teachers. Although Zel’kina never had to deal with her mother-in-law in the way an Uzbek bride would have had to (Ikramov’s mother died just before the revolution), she married into a family rooted in local traditions, where the revolution unleashed a degree of inter-generational conflict. Kamil’s memoirs say little about how Zel’kina interacted with her Uzbek in-laws, but undoubtedly she found herself navigating difficult intercultural waters.

Despite having participated in its first phase, Ikramov fell beneath the axe of the Great Terror in 1937 as part of the “Rightist-Bukharinite bloc”. Zel’kina was arrested and separated from her young son, moved between prisons and camps, and died in uncertain circumstances.

In short, Evgeniia Zel’kina’s life straddled two different worlds: urban, metropolitan Russia and Uzbekistan, where extreme transformation ran side-by-side with family traditions grounded in Islamic culture. She also lived through momentous changes, which she experienced both as an enthusiastic professional revolutionary, climbing the Party’s ladder to leadership positions, and as a victim of the same forces she had contributed to unleash. Her personal trajectory reminds us that Women’s History is not just a repertoire of uplifting stories. To properly acknowledge women’s historical agency one must also come to terms with their moral ambiguity.

Find out more about history research at Liverpool.