One of the most fascinating aspects of my research is going beyond the stats and the figures and constructing biographies of the women I’m researching. In order to do this I’ve been utilising material held in local archives, such as newspapers held on microfilm, but I’ve also been making extensive use of digital sources.

I'm currently studying for a PhD and for a crime historian, the criminal records held on www.findmypast.co.uk present a trove of material.  These records cover the whole range of the Victorian criminal justice system, so I can look at women convicted of petty offences, as well as those convicted of more serious crimes.  In many cases, women found themselves travelling up the scale of offending and a ‘criminal career’ that started with drunkenness or petty theft, ended with a long term prison sentence.

One such case study involves Sarah Madden, a young woman who lived in Rochdale in the second half of the nineteenth century.  Using the online census and digital newspapers, I discovered that the Madden family had moved from Shrewsbury to Rochdale between 1871 and 1881, probably because the father, John, had been in trouble with the law and needed to get out of town.

When in Rochdale, parental neglect led to Sarah roaming the streets and being convicted for vagrancy.  By her early twenties, Sarah had been in prison for a variety of petty offences, including drunkenness, prostitution, assault and theft.

Under the ‘totting up’ system of convictions enshrined in law by the 1824 Vagrancy Act, Sarah spent four separate terms of one year’s hard labour in Strangeways Prison.  As the Rochdale Observer of 11 November 1879 stated, such sentences were meant to ‘whitewash’ an offender in order for them to ‘commence life anew’.  Obviously, they did not have the desired effect. 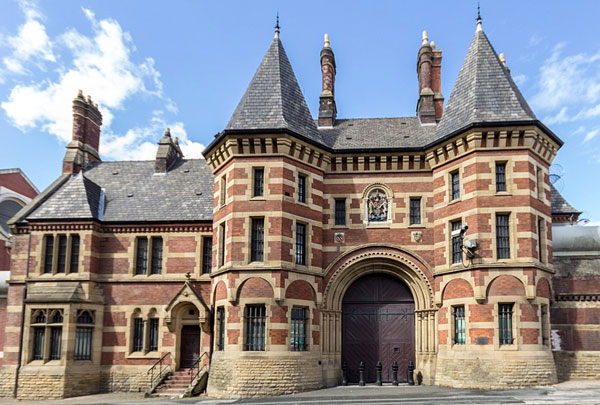 Nevertheless, Sarah’s offending ‘career’ seems to have come to an end in 1888 when she married Joseph Ashworth, a local coal heaver.  Certainly Sarah did not appear at the Sessions again and did not serve another lengthy spell in prison until her death in 1897 at the age of thirty-six.  Further examination of the Rochdale Petty Sessions records, held at Archives + in Manchester Central Library will confirm this.  Her life presents interesting questions to the historian, covering topics such as re-offending, desistence, juvenile crime and the role of the family in the onset, or ending, of criminal activity.

For anyone interested in Victorian criminality and/or digital history, the Department of History offers a third-year module in crime and punishment in the Victorian and Edwardian eras, using digital resources.