My new book 'Genoa’s Freedom: Entrepreneurship, Republicanism, and the Spanish Atlantic' is the result of many years of work. It all started one day at the Newberry Library, in Chicago, where I found a sixteenth-century account book of taxes paid in Peru to the Spanish monarchy.

One of the imperial officers signing off the book had a Genoese name. I wondered how and why a foreigner had been given such an important and delicate role in the colonial bureaucracy. My subsequent research made me realise that to answer this question I needed to embrace a broad chronological framework and look at the late medieval history of Genoa, a city-state that is not much known, even by students of Renaissance Italy.

During the Middle Ages, Genoa became one of the most important city-ports of the Mediterranean. My book looks at several themes, among which is the cosmopolitanism characterizing Genoa’s civic culture.

This cosmopolitanism was obviously influenced by the life in the colonies, hubs scattered across the Mediterranean world, from the Black Sea to Southern England. In these foreign ports, Genoese communities of merchants, bankers and notaries lived and traded side by side with Tartars, Armenians, Jews, Egyptians, Berbers, as well as with other Italians. Each Genoese colony had a different history and political arrangement. But they never had a territorial empire.

In fact, what seems particularly striking is the fact that Genoa’s commercial expansion was not the result of a state-planned series of military campaigns, but rather the consequence of private entrepreneurship and risk-taking. In my research, I look at the daily problems discussed by a Genoese merchant in his letters. I also consider Genoese poems that embody medieval cosmopolitanism, focusing on the economic achievements of anonymous Genoese entrepreneurs and praising the ethnic and cultural diversity found in the colonies. I was also interested to explore the importance of institutional developments that allowed the Genoese to defend their city with private arms and private funds, without centralizing power or expanding their territorial possessions in Northern Italy. Brief comparisons with the more centralized and militarized Venetian state are also included in my book.

Ultimately, one of the reasons why we find many Genoese in the Spanish Americas is that the Genoese were not perceived as a political threat when moving within the dominions of early modern monarchies. Therefore my book, published in a series dedicated to “Empires and Entanglements,” fits well with our History Department’s focus on researching themes such as empire building, the Atlantic world, and globalization. 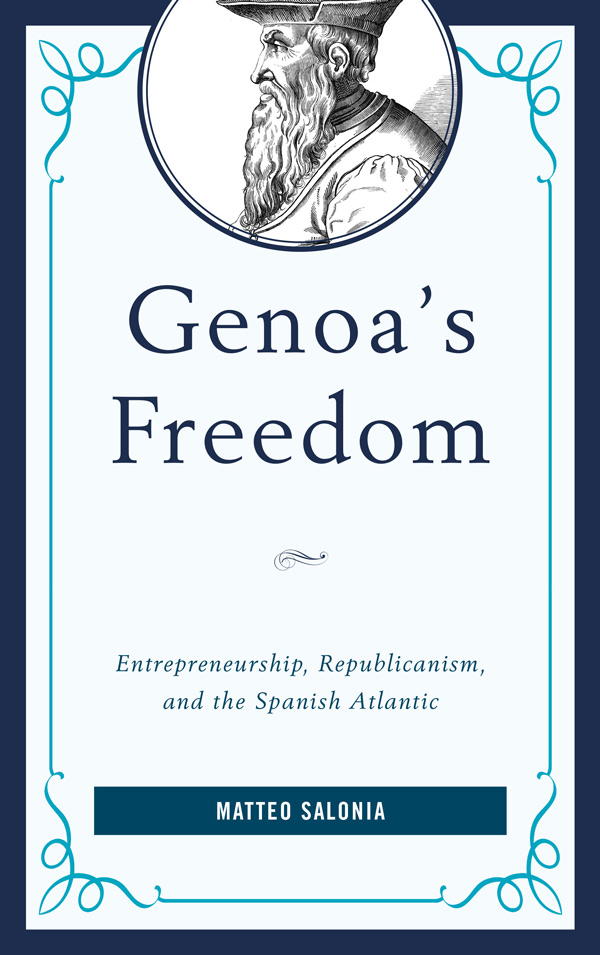