After receiving her physics degree from the Faculty of Natural Sciences and Mathematics at the University of Montenegro, Milena spent three months as a CERN Summer Student as part of the Radiation Protection group.

Getting accepted for the short-term internship program at CERN and later as a Technical Student, she enrolled at the University of Belgrade, Department of Theoretical and Experimental Physics.

At CERN, Milena was part of the AEgIS experiment, situated at the Antiproton Decelerator aiming to perform a first precise, direct detection of the gravitational behavior of antimatter. In particular, she worked on the positron system of AEgIS. Within her project she was involved in the production and manipulation of dense pulses of positrons, the transport of these towards the AEgIS main apparatus and, finally, production of positronium atoms inside the 1T magnet; an important prerequisite for the planned antihydrogen production.

During antiproton beam time she also participated in beam-shifts, as the positron expert.

As one of the responsible persons for the positron system, she also took part in measurements of laser excitation of positronium atoms to Rydberg state.

Through this position, Milena acquired competency within the fields of positronium physics, magnetic and electrostatic positron transport, ultra-high vacuum, screening of magnetic fields and detectors of gamma radiation and their acquisition chains. She supported the team with LN and LHe cryogenic operations needed on a regular basis to keep the main magnets at 4K to ensure superconductivity.

Milena joined the QUASAR Group in 2017 and will be based at the Cockcroft Institute / University of Liverpool, where she will develop a project on "A DMD based beam halo and emittance monitor" within the AVA project.

A DMD based beam halo and emittance monitor 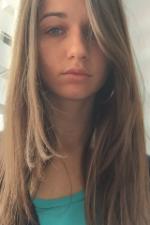