What are the US midterm elections - and why do they matter?

Politics student, Tom Laing, gives his take on the fall-out from the 2018 midterm elections and the effect the results will have on the Trump Presidency. What does the future hold?

On Tuesday, the American people went to the polls to elect 435 members of the House of Representatives, 35 senators and thousands of other state legislative positions.

I, like many, stayed up all night watching results live and so I wanted to give my thoughts on what occurred, what this means for the next two years of the Trump Presidency and the ramifications for the parties going forward to the 2020 elections.

Final results are still unclear at the time of writing, as we wait for absentee ballots and potential recounts in Florida.  However, it is clear that both the Republicans and Democrats have something to celebrate.  The Democrats have gained control of the House of Representatives, meanwhile Republicans held onto the Senate with net gains.

What does this mean for Trump’s agenda?

The loss of the House of Representatives now means that key Trump policies, like further tax cuts, could be potentially blocked by the Democrats. Trump may also find it harder to secure funding for campaign promises such as the border wall.  The Democrats will now enjoy a majority on key House committees, which means the Democrats would have the power to subpoena documents, if they choose to begin investigations and hearings into tax returns.

For those of you who are perhaps hoping that the Democrats will try to impeach Trump, this is simply not going to happen.

Minority Leader Rep. Nancy Pelosi has already ruled out impeaching Trump and senate Republicans would be unlikely to vote for Trump to be removed from office. The Trump agenda does have some good news however - many moderate conservatives lost re-election to Democrats on Tuesday, meaning that the ‘Trumpification’ of the GOP is almost complete.

The boosted Republican majority in the Senate, which is coming from 'Trump-style' candidates, makes it is easier for Trump to nominate key positions. Therefore, moderate Republicans like Susan Collins and Lisa Murkowski have a reduced ability to frustrate Trump. 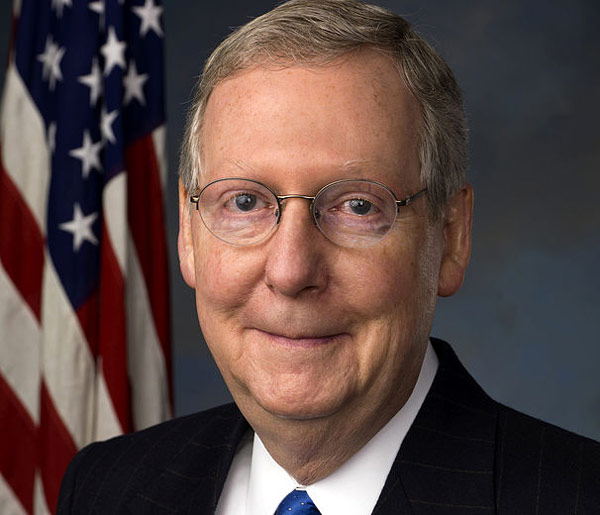 Mitch McConnell, Senate majority leader, will now have easier time in the Senate from Republican gains

What are the implications for the 2020 elections?

Midterm elections don’t tell us much about a President's re-election chances. In 1994 and 2010, Democrats suffered a battering in the Midterms, yet Clinton and Obama, respectively, were easily re-elected.  However, the strategy of running a more progressive Democrat in order to mobilise the Democrat base, was clearly a winner in this year's campaign.

Beto O’Rourke's campaign in Texas mobilised African Americans, Hispanics and young people, which allowed O’Rourke to outperform other statewide Democrats, only losing by a narrow margin.  This is in contrast to Democrats like Joe Donnelly in Indiana, who ran a moderate campaign, but easily lost re-election.

But these results give no consensus on how to beat Trump. With such a wide field of potential candidates seeking the Democratic nomination, ranging from Bernie Sanders, Elizabeth Warren, Cory Booker to Joe Biden, the debate on how to beat Trump will continue.

2020 remains two years off, meaning much can change, and as we all know a week is a long time in politics!