In 2015, he was appointed as the Scientific and Quality Control Manager for the LBIH Biobank at the University of Liverpool. In this role he was responsible for the RD&I aspects and quality control procedures relating to human biosamples as well as co-ordinating collaborative projects both within the university and with external partners.

Theun joined the QUASAR Group in April 2020 as a Project Manager for the AVA and LIV.DAT projects. 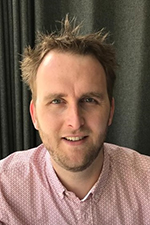