Executive Pro-Vice-Chancellor for the Faculty of Humanities & Social Sciences 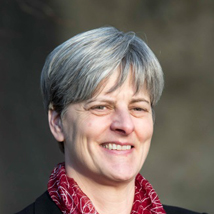 Fiona is Executive Pro-Vice-Chancellor for the Faculty of Humanities and Social Sciences at the University of Liverpool.

Fiona is a Professor of Law, specialising in international and EU law, in particular foreign investment law and gender equality law and policy.  She has a particular expertise in gender mainstreaming (that is, the idea that gender concerns should be addressed systematically in all areas and by all actors), and how this is implemented in international institutions, the EU, and in individual states.  In the UK this approach is best exemplified by the public sector equality duty, now contained in the Equality Act 2010.  She has completed two studies for the European Parliament FEMM Committee, ‘A New Strategy for Gender Equality Post 2015’ and ‘The EU Budget for Gender Equality’.