Northern Ireland’s politics are complex and difficult, the country is still emerging from conflict. There are considerable differences between the two main communities and their political representatives and have seen divisions exacerbated by rows over Brexit. Our research aimed to influence political party change in Northern Ireland via General Election studies 2010, 2015, 2017 and 2019 and membership surveys of the Democratic Unionist and Ulster Unionist parties.

We need to know about the attitudes of voters and members of political parties in Northern Ireland to understand the degree to which compromises, rapprochement and reconciliation are possible in what remains a divided post-conflict society, in which political institutions remains unstable. Surprisingly little is known about the memberships of Northern Ireland political parties and more information is needed regarding voters.

Our research has been used extensively in understanding the DUP’s role at Westminster and in respect of Brexit.

Under Principal Investigator Professor Jon Tonge and co-investigator Professor Peter Shirlow, the project ran the ESRC Northern Ireland General Election studies 2010, 2015, 2017 and 2019, analysing attitudes across a wide range of political issues at the election and understanding why people voted the way they did. The project team undertook the first-ever membership surveys of the Democratic Unionist (DUP) and Ulster Unionist (UUP) parties, the two largest unionist parties in Northern Ireland.

Professor Peter Shirlow also provided a vital part of the expertise in informing attitudes and policy change around reconciliation and the reintegration and employment of former paramilitaries. 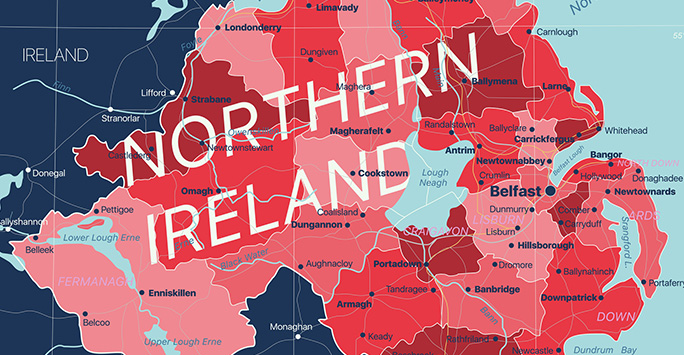 The project has worked with the leaderships of political parties (DUP, UUP) in Northern Ireland in designing studies to help those leaders understand the attitudes of their members and the extent of their propensity towards stridency or compromise across a range of policy areas. We have briefed party leaders on our findings and highlighted issues in the composition of parties (e.g. gender and religious imbalances). Past and present party leaders have paid tribute to our work in testimonials and in the media.

The project highlights and quantifies to policy-makers the areas of major ongoing divisions, on issues such as an Irish Language Act, dealing with the past, abortion, same-sex marriage and Brexit, which have contributed to the collapse of political institutions in Northern Ireland.

The project's data has been requested by, presented to and used by a wide range of institutions, including the European Parliament, the House of Commons Northern Ireland Affairs and Constitutional Affairs committees and the House of Lords European Union committee, along with a very wide range of national and international media outlets. The political parties surveyed have responded by changing selection procedures and setting up committee dedicated to promoting within their party.

Discover more about the Department of Politics