Yelong Wei received his master degree in July 2012 from the University of Chinese Academy of Sciences (UCAS) with a major in Electromagnetic Fields and Microwave Technology, and his bachelor degree in June 2009 from Nanjing University of Aeronautics and Astronautics with a major in Electronics Information Science and Technology. During the period of pursuing his master degree, he devoted himself to research on the design of the superconducting RF accelerating cavity and relevant microwave systems. In July 2012, after graduation from UCAS, he joined Tektronix Inc. and worked as an RF design engineer. His work mainly focused on RF modules design including passive/active circuits design in the RF signal generator.

In March 2014, Yelong joined the QUASAR Group as a Marie Curie junior fellow within the LA³NET project at the University of Liverpool. His PhD thesis focused on the investigations into dual-grating dielectric laser-driven accelerators. After successfully defending his PhD thesis, he joined the RF group of CERN as a postdoc fellow from February 2018. In this role he was responsible for the design of new X-band accelerating structures within the CLIC project including RF modelling as well as RF measurements.

In January 2021, Yelong re-joined the QUASAR Group as a research associate. He will be based at CERN and continue working on the development of normal conducting X-band accelerating structures using copper or ceramics. 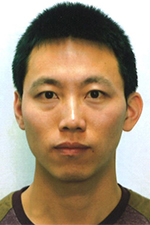