Quantum projects to solve mysteries of the universe 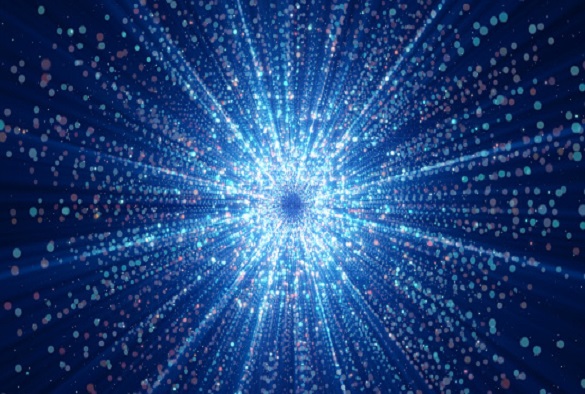 University of Liverpool researchers from the Departments of Physics and Mathematical Sciences are partners in two new quantum technologies research projects that aim to transform our understanding of the universe.

The projects are part of a £31 million investment by UKRI to demonstrate how quantum technologies could solve some of the greatest mysteries in fundamental physics and answer key questions such as the nature of dark matter and black holes.

This project will develop and utilise technology based on quantum interference between atoms to detect ultra-light dark matter and sources of gravitational waves, such as collisions between massive black holes far away in the universe and violent processes in the very early universe.

The team will design a 10m atom interferometer, preparing the construction of the instrument in Oxford and paving the way for larger-scale future experiments to be located in the UK. Members of the AION consortium will also contribute to MAGIS, a partner experiment in the US.

The Liverpool Particle Physics group are playing a major role in the AION Consortium and Dr Jon Coleman  leads the UK involvement in the MAGIS experiment, which will be the first in operation of a future network of similar experiments.

He said: “This new initiative is an exciting and entirely novel experiment project searching for dark matter. We will be providing our expertise and facilities in the Department of Physics  to this project and look forward to making new advances in quantum science and finding answers to long-standing research questions in fundamental physics.”

Joost Vossebeld, head of the University's Particle Physics Research cluster said: “We are very proud to play major part in this new  programme pioneered in Liverpool. Dr. Coleman, collaborating with the late Nobel prize winner Prof Martin Perl, worked for almost a decade developing this entirely novel approach to fundamental physics measurements. It is amazing to see this come to fruition with funding for a first generation of large scale experiments.“

Quantum Sensors for the Hidden Sector

Dr Edward Hardy from the University's Department of Mathematical Sciences is part of the `Quantum Sensors for the Hidden Sector’ project which is led by the University of Sheffield and also involves Universities of Cambridge, Oxford, Lancaster University, National Physical Laboratory, Royal Holloway University of London, UCL.

The aim of this project is to contribute to the search for axions, low-mass ‘hidden’ particles that are candidates to solve the mystery of dark matter. Researchers will develop novel new quantum measurement technology for inclusion in the US ADMX experiment, which can then be used to search for axions in parts of our galaxy’s dark matter halo that have never been explored before.

Dr Hardy is leading the theoretical physics component of the project. This involves predicting the properties of the dark matter and understanding the way it might interact with the experiments and therefore be detected.

He said: “By using new technologies with sensitivities that push at the limits imposed by quantum uncertainty, this project could potentially resolve the mystery of dark matter and could even open up a new window to the Universe.”

Both projects are supported through the Quantum Technologies for Fundamental Physics programme, delivered by the Science and Technology Facilities Council (STFC) and the Engineering and Physical Sciences Research Council (EPSRC) as part of UKRI’s Strategic Priorities Fund. The programme is part of the National Quantum Technologies Programme.

Professor Mark Thomson, Executive Chair of the Science and Technology Facilities Council, said: "STFC is proud to support these projects that utilise cutting-edge quantum technologies for novel and exciting research into fundamental physics.

“Major scientific discoveries often arise from the application of new technologies and techniques. With the application of emerging quantum technologies, I believe we have an opportunity to change the way we search for answers to some of the biggest mysteries of the universe. These include exploring what dark matter is made of, finding the absolute mass of neutrinos and establishing how quantum mechanics fits with Einstein’s theory of relativity.

“I believe strongly that this exciting new research programme will enable the UK to take the lead in a new way of exploring profound questions in fundamental physics.”

The National Quantum Technologies Programme (NQTP) was established in 2014 by the partners (EPSRC, STFC, IUK, Dstl, MoD, NPL, BEIS, GCHQ, NCSC2) to make the UK a global leader in the development and commercialisation of quantum technologies.