Stanimir studied Astrophysics, Meteorology and Geophysics at the University of Sofia, Bulgaria and obtained his Bachelor's degree in 2010. Thereafter he started a Master's degree in Nuclear Physics and Physics of Elementary Particles and graduated in 2012. The main topics of his study were: nuclear structure, gamma-spectroscopy, experimental techniques in nuclear physics, fast-timing scintillation detectors and measurements of half-lives of excited nuclear states. Stanimir started a PhD in Nuclear Physics in 2013 on the subject of the structure of transitional nuclei around A~100 and the experimental techniques for measuring their properties.

In August 2014 Stanimir joined the LA³NET network to work on computer simulations of a neutron detection setup consisting of plastic scintillators. He has analysed data from a laser-driven experiment for neutron production and he has performed simulations of the experimental  conditions using the Geant4 toolkit. His work has been mainly focused on the study of the time of flight technique of the neutrons produced in the experiment. 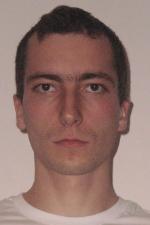