Irene Martini obtained a BSc in Physics Engineering at Politecnico di Milano and a MSc degree in Nuclear Engineering at the same university. Her main subjects were solid-state physics, radiation-matter interaction and its applications. She worked on her MSc thesis during an internship at CERN within the framework of material studies for the CLIC RF cavities.

In July 2012 Irene joined the LA³NET project at CERN. She has been involved in the photocathodes production and characterization as well as the operation of the DC gun beam line and the PHIN RF photoinjector. Irene managed autonomously the XPS studies done in collaboration with the CERN vacuum group. The obtained research results will be discussed during her PhD defense at Politecnico di Milano. 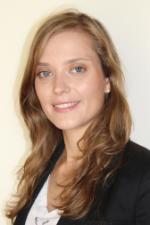