Pengnan Lu obtained his Bachelor’s degree in physics in 2009 and a Master’s degree in accelerator physics in 2012, both at Peking University, China. During his master studies he worked on space charge compensation of ECR proton ion sources and the emittance measurement of high intensity ion beams.

In July 2012 Pengnan joined the LA³NET network at HZDR, Germany. He has worked there on developing an SRF photo injector. Pengnan Lu is in charge of the optimization of the injector as well as the beam transport to the Compton backscattering experiment. The optimization includes development of beam diagnostics and simulations of the system. Pengnan Lu is also registered at the TU Dresden as a PhD student of physics. 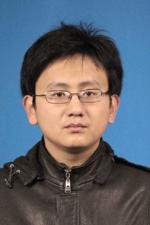