At HZDR, the worldwide first successful proof-of-principle Superconducting Radio Frequency (SRF) gun was installed and later a second one for the ELBE accelerator was developed, installed, and put into operation. However, critical components of the SRF gun still need further optimization and refinement, such as the superconducting cavity, photo cathodes, as well as the drive laser system. 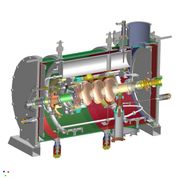 ‌Within the project the gun components and operation parameters will be optimized for an application of producing short-pulse, mono-energetic x-rays by inverse Compton scattering. In addition, approaches that will be tested are an increased acceleration gradient, RF focusing, the installation of a superconducting solenoid, shaped photo cathode surfaces, and an additional TEmode wave coupling into the cavity.

The project activities include development and application of laser beam and electron beam diagnostics as well as beam dynamic simulations.

The DRACO laser system is a high power (5 J, 30 fs) laser system. Recent experiments with the DRACO system on laser wakefield acceleration (LWFA) has proven its capability to accelerate electron beams to high energies above 100 MeV in a much shorter acceleration length than required with conventional electron accelerators. With further development, LWFA is believed to be able to act as an electron source which is able to provide short (fs-range) and low emittance electron bunches. These LWFA electrons can be used as a driving beam for a laser-electron Thomson scattering x-ray source which produces ultrashort, bright x-ray pulses. In combination with ion sources, this opens new experimental opportunities for the generation and ultrafast probing of matter under extreme conditions (pump-probe experiments), for example by heating matter isochorically with laser-accelerated protons and probing on the sub-ps time scale the dynamics of the ion-induced melting and subsequent relaxation processes in the material. Such techniques are expected to be important for future research programs at XFEL and LCLS. Realizing such complex, multiple-species pump-probe experiments will require significant improvements in many aspects of LWFA, including spectral distribution, charge optimization and shot-to-shot stability and sources synchronization.‌

Jurjen Couperus will work in the framework of implementing fast pump-probe experiments at the HZDR. 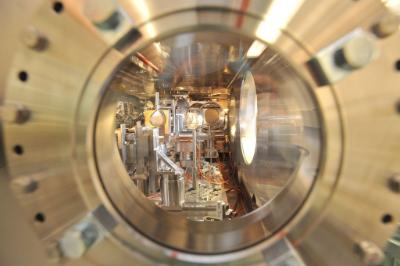 ‌For this goal, he will work on developing new schemes and techniques for laser acceleration of electrons and implementing and testing them at the DRACO laser system and other collaborating laser facilities. He will also work on further developing the PHOENIX x-ray source, which relies on Thomson scattering of conventional accelerated electrons from the ELBE source with the DRACO laser system. This development is seen as a crucial stepping stone towards Thomson scattering on LWFA electrons. Ultimately x-ray and electron sources will be implemented for pump-probe experiments.