Within this project a compact, fibre optics-based electron accelerator will be developed. It was already demonstrated theoretically that a 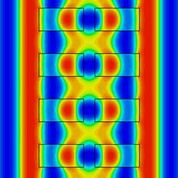 travelling wave accelerator can be built that uses photonic band gap fibres’ as its accelerating structure. The small dimension of such fibres ‌allows radiation at optical wavelengths to be used for the provision of the necessary accelerating energy, whilst its particular band gap structure imposes some electromagnetic modes that cannot propagate transversely and thus may only travel longitudinally through the fibre.

‌‌Within the project the coupling of both the laser light and the electron beam into the fibre will need to be optimized to maximize the acceleration efficiency and carry out quantitative measurements for both processes. In addition,  numerical studies into the field excitation and propagation in the fibre will be carried out, as well as comparative tests including the detailed characterization of commercially available optical fibres.

Development of a laser velocimeter 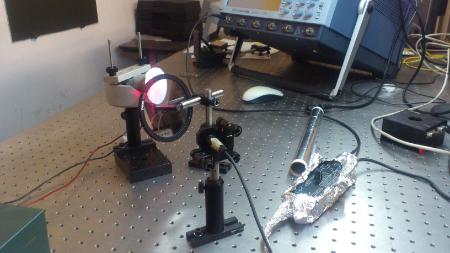 ‌‌A curtain-shaped gas jet-based beam profile monitor has been developed by the QUASAR Group at the Cockcroft Institute as a least destructive monitor for various types of particle beams. 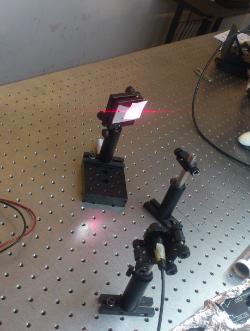 The aim of this project is the development of a laser velocimeter for in-detail characterization of the gas jet allowing for investigations into the jet dynamics itself, simultaneously probing its density and velocity. For this purpose, laser self-mixing will be used for the jet analysis, providing unambiguous measurements from a single ‌interferometric channel, realizable in a compact experimental setup that can be installed even in radiation-exposed environments. Investigations into jet seeding techniques will complement these studies.