Jurjen studied Applied Physics at the University of Twente, the Netherlands. After finishing his Bachelor’s degree in 2008, he continued his studies within the Optics and Biophysics master track of Applied Physics. During his education he developed a keen interest in lasers and their nonlinear applications. He became a student member in the Laser Physics and Nonlinear Optics research group.

In his Master’s thesis, performed within a cooperation program between the University of Twente and the HZDR, Jurjen focused on Laser Wakefield Acceleration (LWFA) of electrons. He realized an interferometric setup where helium gas-jet targets for LWFA can be analysed, and subsequently used these characterizations, together with theory scaling laws, to determine a set of initial parameters for experiments with the DRACO laser system. The experiments lead to the first laser accelerated electrons at the HZDR.

In March 2012, Jurjen joined the LA³NET network. As a Fellow based at the HZDR he has continued his research in laser particle acceleration. Following an upgrade of the DRACO research facility he has coordinated the establishment and subsequent commissioning of the new target area for LWFA and Thomson backscattering. Currently he is entering the final stage of his project on LWFA of electrons on which he plans to submit his PhD thesis at the TU Dresden in 2016. 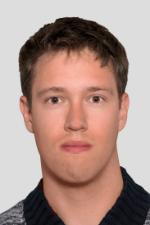