Reflections on opening a specialist Maths School during a pandemic 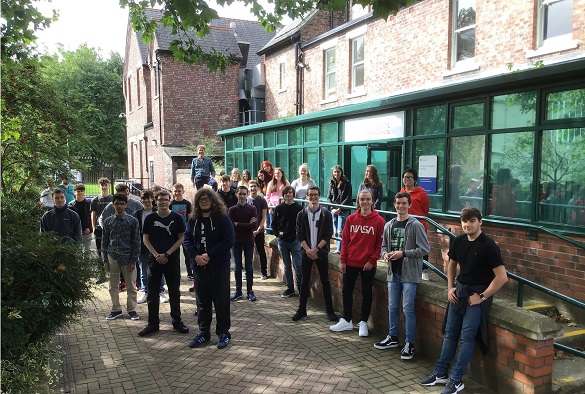 The University of Liverpool Maths School, the first specialist Maths School in the North of England, opened its doors in September to its first cohort of students.

Headteacher, Damian Haigh, reflects on his experience of opening ULMaS during a pandemic:

A year ago the University of Liverpool Maths School had no students and only two employees: myself as “Headteacher” and Marie Black as our newly appointed School Business Manager.

We were busy recruiting students and staff, writing plans and policies, and I was delivering outreach teaching in University lecture theatres in the evenings.

And then, COVID. The twice weekly evening sessions became twice daily Zoom sessions for bored but motivated Year 11 students; my hotel-based working weeks in Liverpool stopped and I worked at home recruiting colleagues on Zoom.

It was a difficult but productive period of time for me, but a fight for life for Marie who was one of the early COVID-19 victims with a very serious illness. Thankfully, Marie was largely recovered by May but she still feels the after effects a year later.

With the help of our trustees, we interviewed and appointed teachers of mathematics, physics and computer science without ever meeting face to face: something that would have been unthinkable only a few weeks earlier. We also recruited our administrators in the same way. We finally met as a school team in late August when the first task was to prepare the Sir Alastair Pilkington Building to receive its first students.

Our students were (and still often are) quieter and more focused than sixth form classes I’ve taught elsewhere but there’s a great variety of characters. Some are quite introverted in nature, others are much more outgoing; many love sci-fi or chess, but not all. I suppose it’s fair to say that everyone in this school (staff and students) is a bit of a geek in some way - but this is expressed in many different and wonderful ways.

We enrolled 11 female students and 19 male. Earlier in the cycle it had looked like it might be 50/50 split but that gradually changed as we approached September.

One thing all our students have in common is that they love sport, and when it has been allowed under the COVID restrictions, we have been ending our weeks with a sport session at Sport Liverpool. It’s a really nice way to round off the week and everyone gets involved. 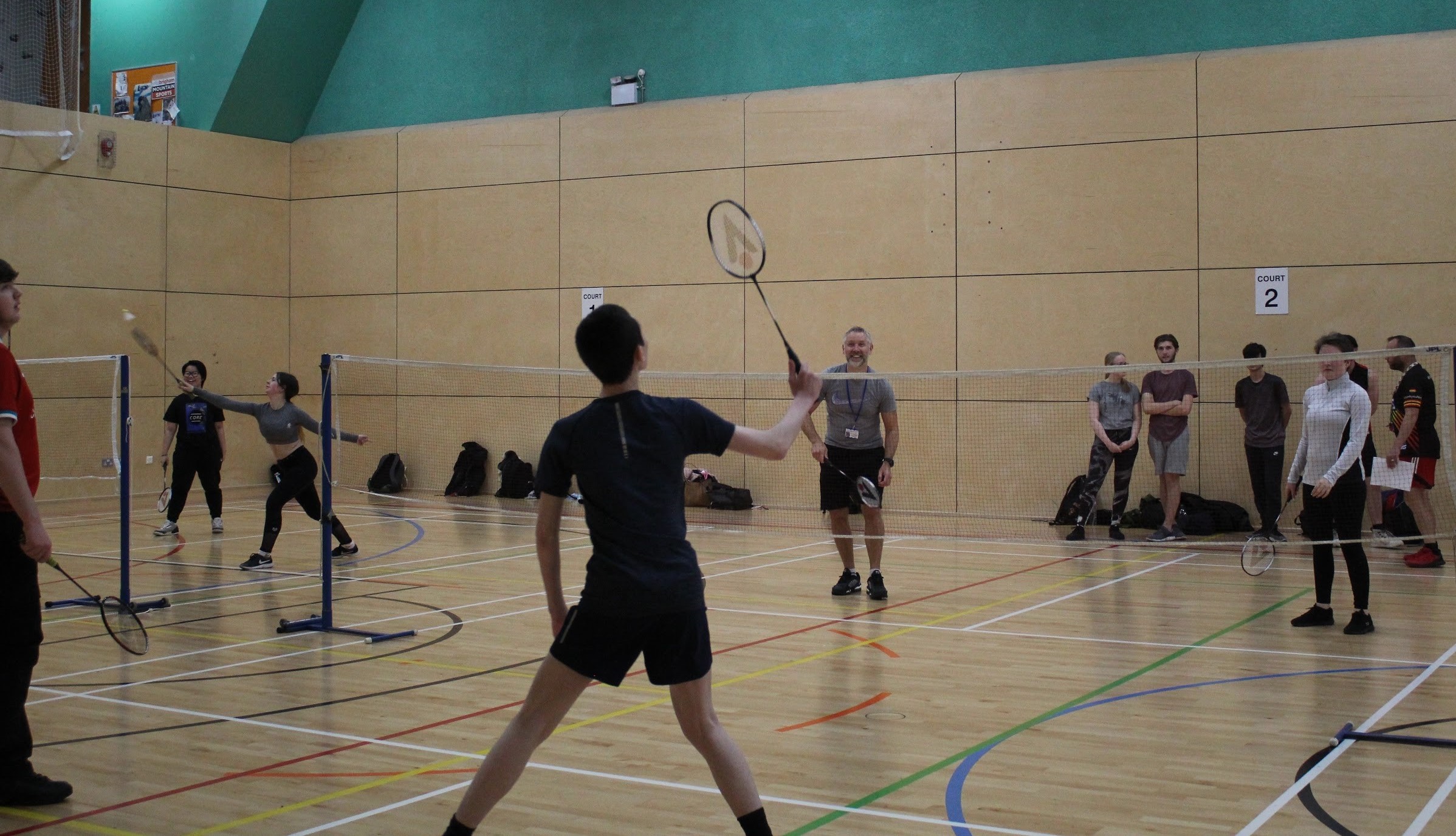 The staff team quickly became close-knit, sociable and clear about the aims and ethos of our school. To celebrate the end of our first week we managed one brief drink together outside the Cambridge before restrictions put a stop to that - so there’s a backlog of staff drinks that needs addressing at some point in the future.

As we set about delivering our curriculum we quickly learned which of our plans were really going to work and which were unrealistic. In fact, most things worked pretty well and being so small we have found it easy to adjust and adapt as time goes on in response to feedback and new ideas and opportunities.

A typical week in the autumn term might involve a visiting speaker on Zoom; a lot of lessons for students including not just the A-level Maths, Further Maths, Physics and Computer Science; and also careers education; discussions on a wide range of issues in ethics, health, wellbeing, politics; and academic enrichment such as research projects and tough problems that go well beyond A-Level standard. It’s a packed week and the students get only one “free-period” each week.

Image below: Grandmaster, Stewart Haslinger of UoL Mathematics Department took on the School's top chess player, Louis, via Zoom. Louis put up a great fight but was forced to resign in the end. The match as it played out can be viewed on the link: buff.ly/3qRpbX3 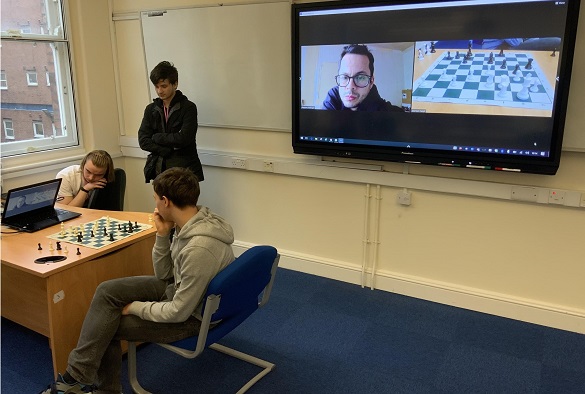 The students have made the best of the Sir Alastair Pilkington Building and adopted spare rooms to use for study and social spaces before and after school and during lunchtimes: there’s a University feel in the way they make themselves at home and study together.

The January lockdown was much harder than the first one. With little sunshine and the same strong sense of Groundhog Day that people around the world were experiencing, our students were vulnerable and isolated. We changed our approach to include more small group teaching and this helped so much that we have brought it into our standard timetable now that we’re all back in the building: we’re lucky that our funding model means that, at least for now, we can afford to do this.

It was pretty clear that students were suffering from being stuck in front of a screen all day, so we rearranged our timetable to give them more free time during daylight and set students, staff and parents a challenge: to exercise (walk, run, cycle) to CERN and back. They responded so well to the challenge that we had to double and then triple the target distance. In the end our combined exercise covered a distance of nearly three times the journey the CERN and back, with 40 participants getting out regularly to exercise. We raised over £800 for Young Minds in the process. 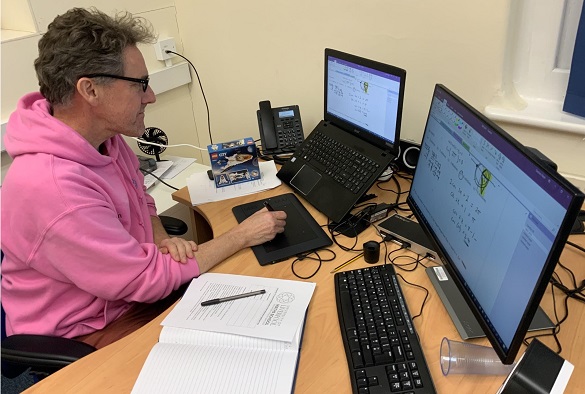 Now that we have everyone back in the Sir Alastair Pilkington building life has quickly got back to normal, with visiting speakers getting booked in and students filling the building with noise, music and laughter. The students now have to wear masks in lessons which makes it surprisingly difficult to judge whether they have understood the teaching or whether they want to ask a question or contribute a thought, but it’s an order of magnitude better than those little Zoom rectangles.

Any University of Liverpool staff members who would like to talk to our students about mathematics, science, the arts, careers or anything else are encouraged to get in touch with us.

The best way to contact the School is via reception@liverpoolmathsschool.org .