The QUASAR Group has successfully proposed enhanced structures for ultra-compact dielectric laser accelerators and is working on the design and realization of micro-accelerators for the acceleration of low energy and relativistic electron beams. In the future we aim at carrying out structure tests with our colleagues from the Universities of Manchester and Lancaster, as well as ASTeC at Daresbury.

An alternative approach to reaching very high accelerating gradients is to generate a plasma wake by a high energy proton beam as proposed by the AWAKE collaboration. The Head of the QUASAR Group is scientific project manager of the UK contribution to AWAKE and we are planning beam diagnostics R&D and plasma simulations as part of the project.‌

We are also developing diagnostics for laser plasma-accelerated beams within the European Design Study EuPRAXIA and are working with other on the realization of electron beam-driven wakefield acceleration experiments at CLARA. 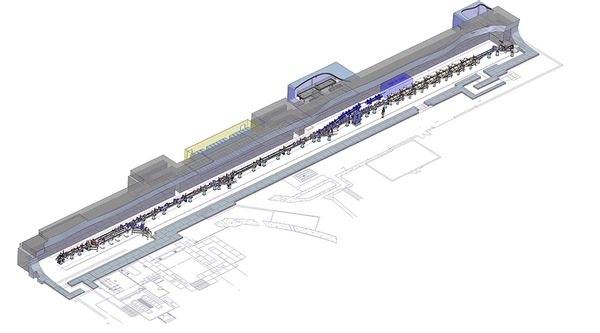