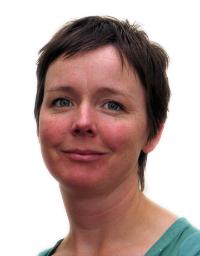 Helen is a leading expert in European Children's Rights and has been actively engaged with European institutions and NGOs in developing mechanisms to measure the impact of European law and policy on children. In 2009, she led an international team of experts in developing a detailed set of children’s rights indicators that could be used by the EU institutions to monitor and evaluate the effects of different EU laws and policies across various aspects of EU law and policy. More recent projects have involved collaboration with UNICEF and with the Council of Europe.

For the UNICEF Project (2009-2012), she was tasked with developing a comprehensive children’s rights ‘checklist’ relating to various aspects of EU law and policy. UNICEF is now using this in its work with the European Commission to require applicant States to develop more effective children’s rights provision as a precondition of their admission to the EU.

For the Council of Europe Project (from 2012), she has been developing a Self Assessment composed of 11 children’s rights indicators that will evaluate the nature, extent and impact of national mechanisms and procedures to facilitate the participation of children in decisions affecting their lives. The initial draft of the Tool was presented to the Council of Europe in October 2012, and work is ongoing with international children’s rights experts, national governments, NGOs and practitioners to develop a strategy for its implementation.

Alongside these specific projects, Helen continues to research, publish and campaign on various aspects of European children’s rights. She has been appointed by the Brussels-based NGO, Eurochild, to chair their Expert Working Group on Children’s Rights, which works in collaboration with the European Commission, the Parliament and other NGOs from across Europe to reinforce the status of children’s rights at EU level.

In August 2012, Helen published her monograph entitled Children and the European Union: Rights, Welfare and Accountability (Oxford, Hart), and she is the founding director of the European Children’s Rights Unit, based in the School of Law and  Social Justice.