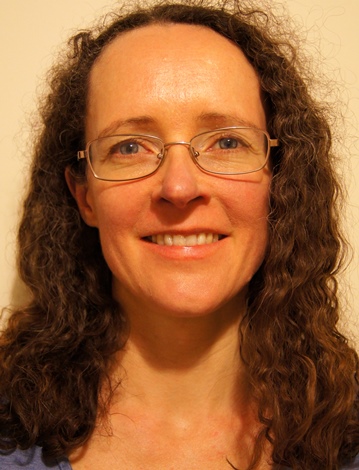 A specialist in Latin American culture, Claire’s research topics include women's writing in Latin America, and Latin(o) American digital culture. Her work focuses on the varied literary and cultural genres being developed online by Latin(o) Americans, with a particular interest in hypertext novels, e-poetry and net art. Claire is currently RKE Lead for the School of Histories, Languages & Cultures and the Faculty representative on the University’s Research Data Management Steering Group.

With impact, KE and engagement an ever more important part of what we do, we’re hoping to be able to support colleagues across the Faculty in the capturing, promotion and publicising of research outcomes

She is also Chair of the Faculty’s Research and KE Outcomes Group, which focuses on RKE outcomes and impact across the Faculty. “The Faculty Research Outcomes Group is a relatively new group that has only met for a year or so now, but it’s a vitally important way that we can share experience and best practice across the various Schools within the Faculty.” Claire commented, “With impact, KE and engagement an ever more important part of what we do, we’re hoping to be able to support colleagues across the Faculty in the capturing, promotion and publicising of research outcomes.”

Claire is a member of the AHRC’s Advisory Board – one of only ten academics in the UK to sit on this body – which involves advising the AHRC Council on the development of strategies, developing and recommending priorities, programmes and other initiatives. She also chairs the AHRC’s Digital Transformations Theme Advisory Group, which helps define the objectives that will guide the research development and implementation of this strategic theme.

Claire was awarded an AHRC Fellowship in 2012 for a project on Latin American Cultural Production Online, and is currently holder of an AHRC Follow-On Funding grant for her project on Latin(o) American Digital Art, in which she is running a series of impact and engagement events.

We’re aiming to use twitter not just to disseminate information, but to actually enable the public to feed into the work of art itself

These include a Twitter Gallery (@latamcyber) running throughout March and April, which provides a retrospective of a major exhibition featuring four digital artists from across Latin America held at FACT, as well as the premiering of a major new Residence Artwork. Using favourites and re-tweets, and the exhibition hashtag #citiesindialogue, members of the public are invited to vote for and comment on their favourite image, and feed into the work of art itself.

Santa Rosa by Brian Mackern, one of the artists of the #citiesindialogue exhibition

About the exhibition, Claire commented ‘All the artists we’ve been working with on this project use digital technologies in resistant, innovative and creative ways. We wanted to do the same with our own use of twitter: we’re aiming to use twitter not just to disseminate information, but to actually enable the public to feed into the work of art itself. Through engagement with the Residence Artwork in April, people will be able to actually influence the artwork itself, and become co-creators in the artwork.’

Claire’s recent publications include Place and Politics in Latin American Digital Culture: Location and Latin American Net Art (New York: Routledge, 2014), for which there will be a book launch in June 2015, alongside a series of impact and engagement activities in Buenos Aires and Montevideo. Soon to be published is the book arising from her current project, entitled Cities in Dialogue (LUP 2015, forthcoming). You can follow Claire on Twitter @Claire_Taylor_M.